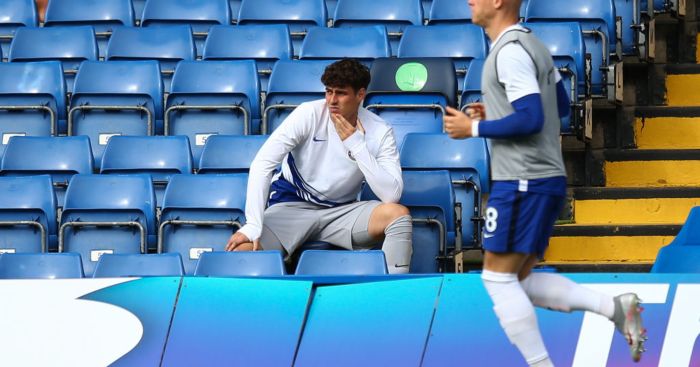 Chelsea goalkeeper Kepa Arrizabalaga thinks he could have played his last game for the club as Frank Lampard looks to replace him at Stamford Bridge, according to reports.

The 25-year-old has been unable to convince manager Lampard that he is Chelsea’s long-term keeper.

Arrizabalaga put in a shaky performance in the 5-3 defeat at Liverpool and the Chelsea boss dropped him for the final Premier League game of the season, with Willy Caballero replacing him.

It’s not the first time that Lampard has dropped the 25-year-old this season. Earlier in the campaign Caballero replaced Arrizabalaga after Lampard was not happy with his displays.

Chelsea are reportedly looking for a new goalkeeper this summer with the likes of Barcelona’s Marc-Andre ter Stegen, Atletico’s Madrid’s Jan Oblak and Manchester United’s Dean Henderson all linked.

And The Sun now claims that Kepa ‘fears he has played his last game for Chelsea’ as he ‘expects to be left out’ of the FA Cup final on Saturday against Arsenal.

The Spain international is ‘convinced he will not win his place back’ for the Champions League clash against Bayern Munich and is ‘resigned to his fate of being offloaded’ by Lampard this summer.

The Sun adds: ‘Kepa believes he is being made a scapegoat for the team’s wider problems in Lampard’s first year as head coach.’

And ‘the downcast star is now ready to accept his fate, even though he is only two years into a massive seven-year contract’.