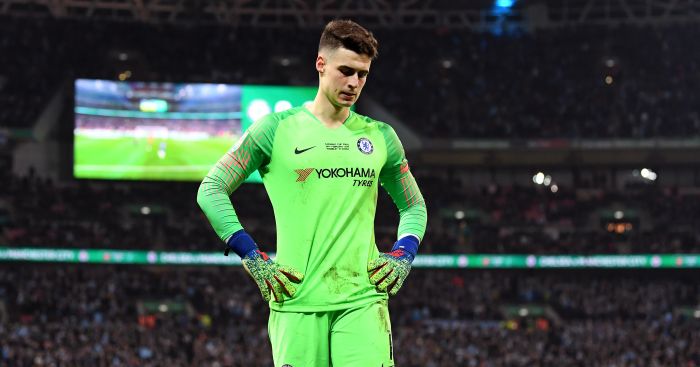 Chelsea goalkeeper Kepa Arrizabalaga attempted to diffuse the furore over the his refusal to be substituted in Sunday’s Carabao Cup loss to Manchester City by insisting it was a misunderstanding.

Kepa, who missed last Thursday’s win over Malmo with a hamstring problem, had already required treatment for an apparent bout of cramp, but waved the substitution away, with Maurizio Sarri livid.

The Spain goalkeeper saved Leroy Sane’s penalty in the shootout, but City won 4-3 as Jorginho had his effort saved and David Luiz hit a post before Raheem Sterling scored the decisive kick.

Kepa afterwards clarified in an interview and on social media his view of the incident.

“It was misunderstood. In no moment was it my intention to disobey, or anything like that, with the boss,” said Kepa, who signed from Athletic Bilbao last summer in a world record fee for a goalkeeper of £71.6million.

“He thought I couldn’t continue, and – fundamentally – I was trying to say that physically I was fine.”

Sarri’s position is precarious, but the performance, albeit in defeat, means his immediate future is almost certainly safe.

And the incident served to suggest he was being undermined by the goalkeeper.

Kepa admitted the images looked like he was defying Sarri, with whom he spoke in the aftermath of the loss.

“I have full respect for the coach and his authority,” Kepa wrote on social media.