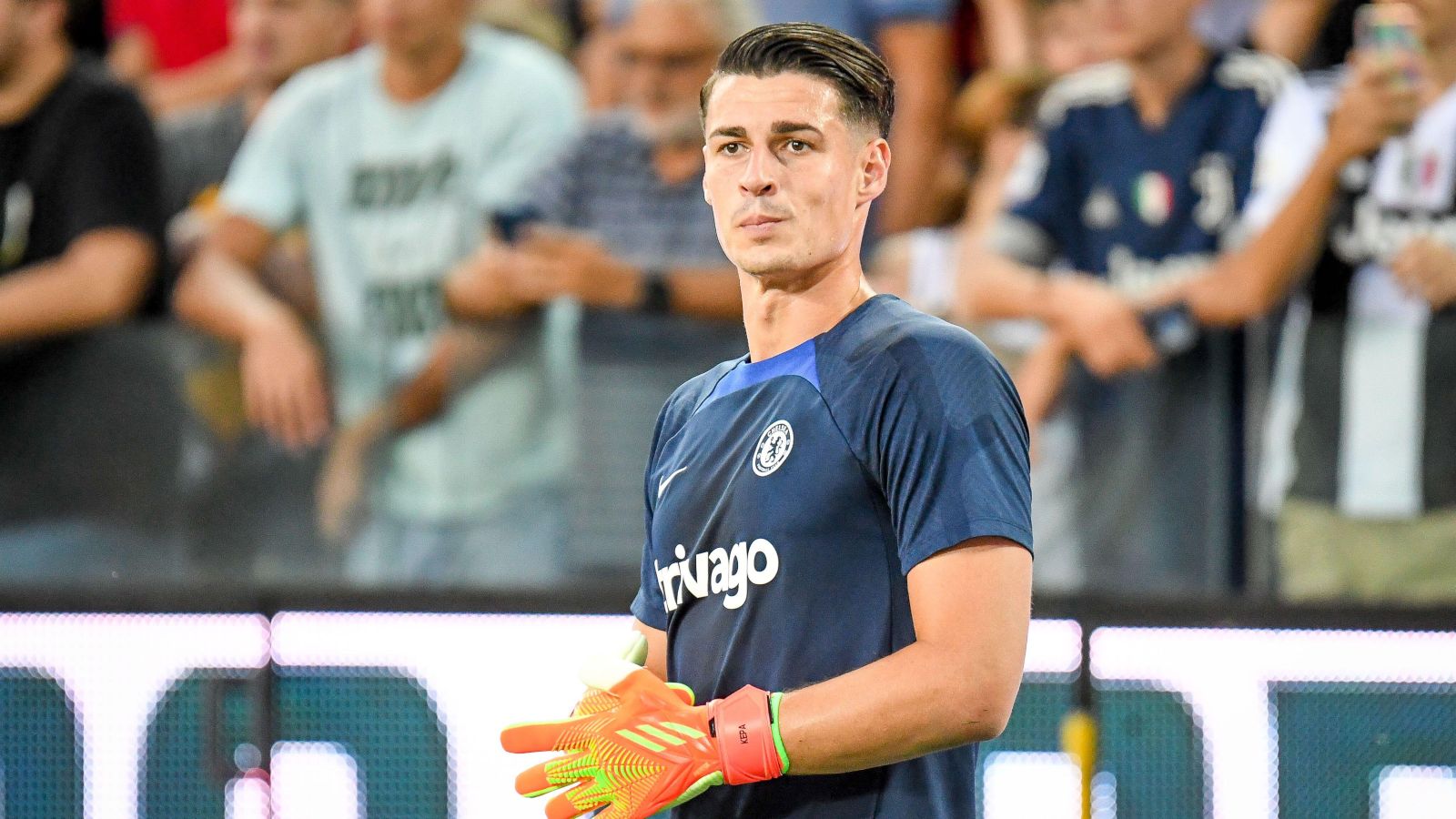 Kepa Arrizabalaga claims that new Chelsea signing Pierre-Emerick Aubameyang was a “little scared” in his “first days” at the club.

There has been a lot of upheaval at Stamford Bridge since the transfer window slammed shut with Blues owner Todd Boehly making the decision to sack Thomas Tuchel just six Premier League matches into the season.

With new owners coming in it was always going to be a possibility with Tuchel reportedly failing to see eye-to-eye with the Chelsea board on a number of issues moving forward.

Boehly and the rest of the Chelsea hierarchy gave Tuchel a bigger responsiblity in recruitment over the summer but they eventually came to the conclusion that he was ‘perhaps better suited to the more detached management style of the past regime’.

One of the players Tuchel brought in was Barcelona striker Pierre-Emerick Aubeyang – who he worked with at Borussia Dortmund – with the German looking forward to being reunited with the Gabon international this campaign.

And now Kepa has revealed that Aubameyang was “in shock” because of the changes with Tuchel a big reason he chose to join Chelsea.

Kepa told The Sun: “The truth is that the first days he arrived a little scared.

“He was a little in shock, a lot of change, the last two or three days were very crazy for him, everything that happened to him was a misfortune.”

Aubameyang’s only appearance under Tuchel was the German’s last match in charge at Stamford Bridge and the new Chelsea signing admits that there is a bit of “sadness” after his departure.

He said: “I think he was a bit frustrated and sad, obviously. I will try to talk to him as soon as possible. It’s been a crazy week for all of us, that’s part of life, we have to adapt.

“I think it’s a bit of sadness at the moment, hopefully we’ll get back to better days soon. Obviously, I think it’s a bit strange for everybody, not only for me, but as I said, this is football, you have to adapt.

“When you play for Chelsea you need results as soon as possible, that’s why I’m a bit frustrated today.”

On Potter, Aubameyang added: “I think he’s a person who’s really positive, he’s a great character so we will try to learn with him, to win as soon as possible. I think his idea is very clear, so I think it’s going to be easy. Obviously, it takes time to adapt to each other.”