Kevin de Bruyne has hinted that he will leave Manchester City if their two-year Champions League ban is upheld. 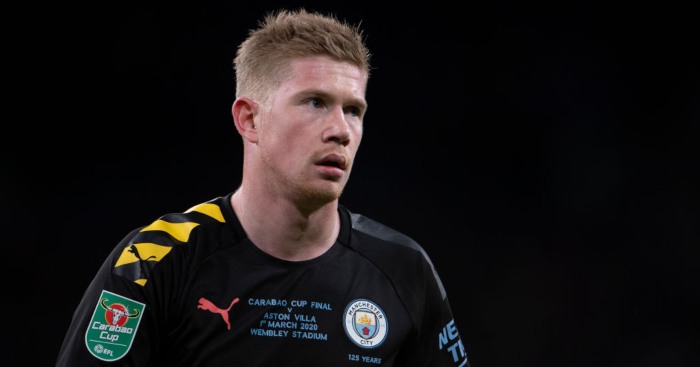 Kevin de Bruyne has hinted that he will leave Man City if their two-year Champions League ban is upheld.

UEFA handed down a two-year European suspension for breaking FFP regulations earlier this year with Manchester City taking their case the the Court of Arbitration for Sport in a bid to get the decision overturned.

UEFA want to fast-track the process so that the ban will come into place next season, leading to speculation Pep Guardiola and some of the playing staff will walk away from the Etihad Stadium.

De Bruyne has been immense for Man City since joining from Wolfsburg in 2015, helping the club to two Premier League titles, an FA Cup and four League Cup trophies.

However, for the first time the Belgium international has indicated that the possible Champions League ban would see him consider his future at the club.

“The club told us they are going to appeal and they are almost 100 per cent sure they are right. That’s why I’m waiting to see what will happen. I trust my team. Once the decision is made, I will review everything.

“Two years [without Champions League football] would be long, but in the case of one year, I might see.”