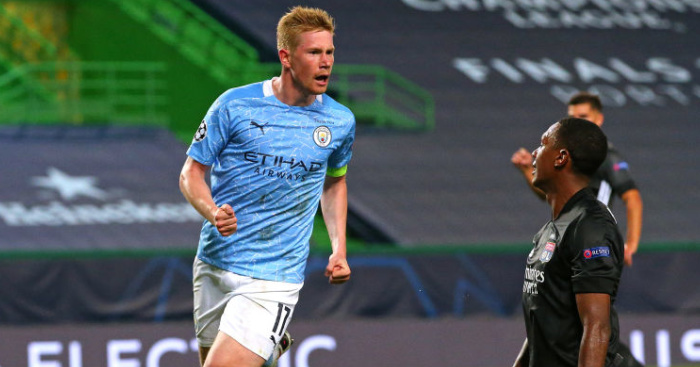 Manchester City midfielder Kevin De Bruyne is open to signing a new contract at the club.

The Belgium international, who will be in the side to play England at Wembley on Sunday, has been a key part of City’s success over the last few years and has won a host of club honours and individual awards.

He has two-and-a-half years to run on his current deal and reports suggest he is poised to extend that.

De Bruyne said nothing is imminent, but did tell City he is happy to discuss terms.

“I am very happy at the club, I can say now I have not spoken once to the club so I don’t know why people are saying I have already agreed to something,” he said.

“I always told everybody I am really happy at the club and I feel comfortable so if the people at the club want to talk to me I am open to that and we will see what happens.

“But at the moment nothing has happened so I just get on with the way it goes.”

De Bruyne has also discussed the prospect of lining up at City alongside Lionel Messi.