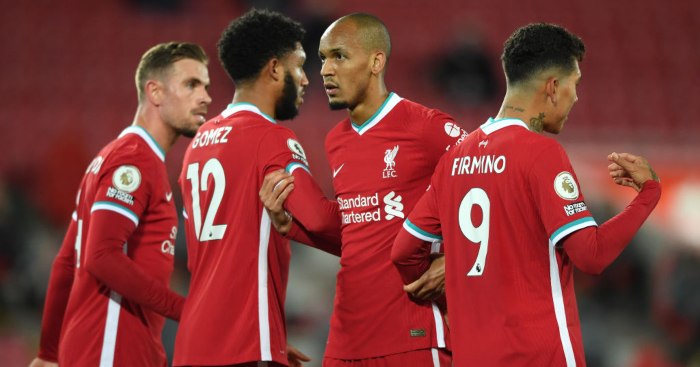 The Reds recorded hard-fought victories against Ajax and Sheffield United last week without their talismanic central defender, who requires knee surgery and faces several months out after being clattered by Everton goalkeeper Jordan Pickford during the Merseyside derby on October 17.

Midfielder Fabinho has been tasked with filling in for the injured Dutchman at the back alongside Joe Gomez and has received praise for adapting to the circumstances quickly.

However, former Sunderland star Phillips recommends Henderson as a possible alternative to Fabinho if they require another centre-back.

“You would not say Gomez has started the season well but last night (against Sheffield United) will have helped him and he will only get better and better,” Phillips told Football Insider.

“Hopefully Gomez and Fabinho can forge a partnership that can stand the test of time until Virgil van Dijk gets back.

“I am going to put it out there, I actually think Jordan Henderson could play centre-half. I think that he has that knowledge and that knowhow. He has the energy, the pace and that range of passing.

“I think he could surprise people and plug the gap left by van Dijk at centre-half.”

On how Liverpool have coped without Van Dijk, Klopp said at yesterday’s press conference: “Every team in the world would miss Virgil van Dijk.

“He is the best in the world. You play a game, he gets injured, and you play three days later so of course that’s difficult to do because all the boys played together with him and we didn’t have long for them to get used to playing without him.

“Fabinho, who normally plays as a six, has had to come in and play with Joe (Gomez). For that we did pretty well and that will get better 100 per cent because unfortunately everything in life takes time and defending takes time.

“They all played with Virgil at some point but not many times did they play together with each other so we do not expect perfection – but not too far away from perfection.

“Everyone needs time to replace a massive person or player, Virgil is the best defender in the world and so far we’ve done pretty well.”