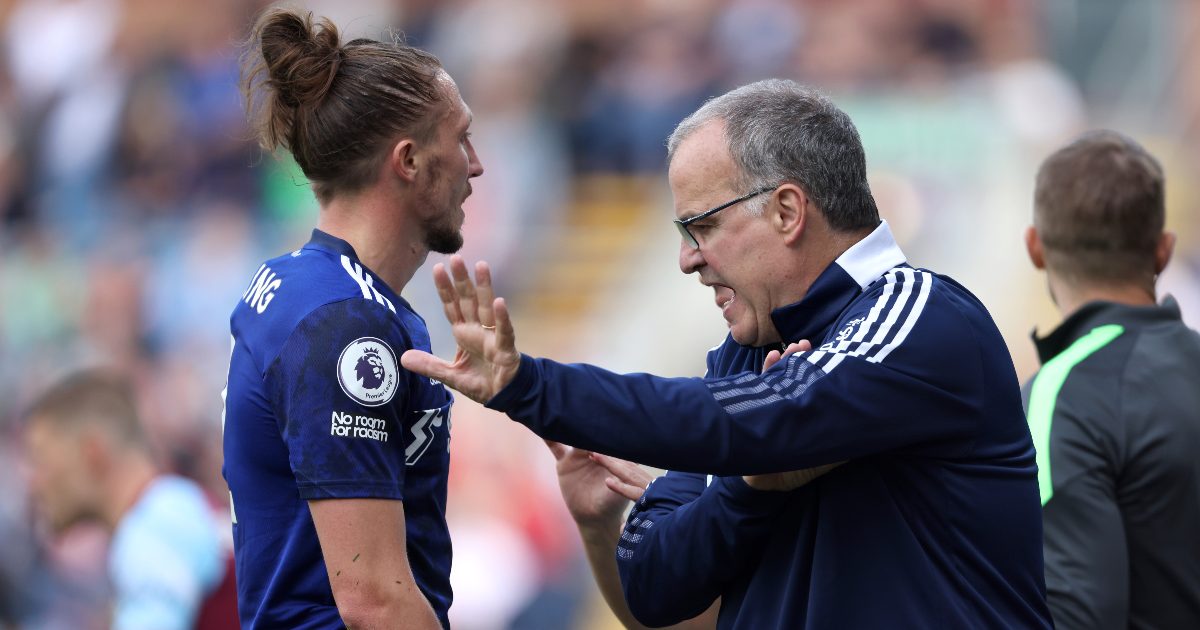 Marcelo Bielsa has confirmed that Leeds United will be without Patrick Bamford and Luke Ayling for their game versus Tottenham Hotspur this weekend.

The Whites are in a good run of form of late in the Premier League. They have lost just one of their last five outings.

They have picked up their first wins of the campaign on this run as they beat Watford and Norwich City.

Leeds are now 15th in the Premier League and they are three points above the relegation zone.

They have done this without Bamford and Ayling, as they have both missed their last six league games.

Bielsa‘s side have a tough run of games coming up. They face Tottenham on Sunday and they will come up against Chelsea, Man City, Arsenal and Liverpool before the New Year.

Speaking ahead of Leeds’ game versus Spurs (as cited by BBC Sport), Bielsa confirmed that Bamford and Ayling are unavailable this weekend:

“[Bamford and Ayling] are not available for the game on Sunday. When my responses are brief it’s because I can’t offer certainty.

“Junior [Firpo] is evolving, he’s healthy, all he needs is minutes now. Jamie Shackleton is in a similar situation, he’s towards the end of recovery. [Robin] Koch is further away from returning than Bamford and Ayling.”

Bielsa went onto praise new Spurs boss Antonio Conte, as he is the “master” at preparing his teams:

“For a goalscorer to score is always good for them,” Bielsa added. “Having said that, with or without the international goals, [Harry Kane] is a player to be respected.

“Conte is a manager who has a set style of play distinguished from all other managers.

“He is a genuine representative of his country as a manager. He’s triumphed in every team he’s managed.

“He’s a reference in world football not only in the league he participates in and he is a coach that gets very high performances from his players.

“In football it is difficult to create something that has not been seen before. What does unify all the coaches is the virtues they extract from the players that they coach.