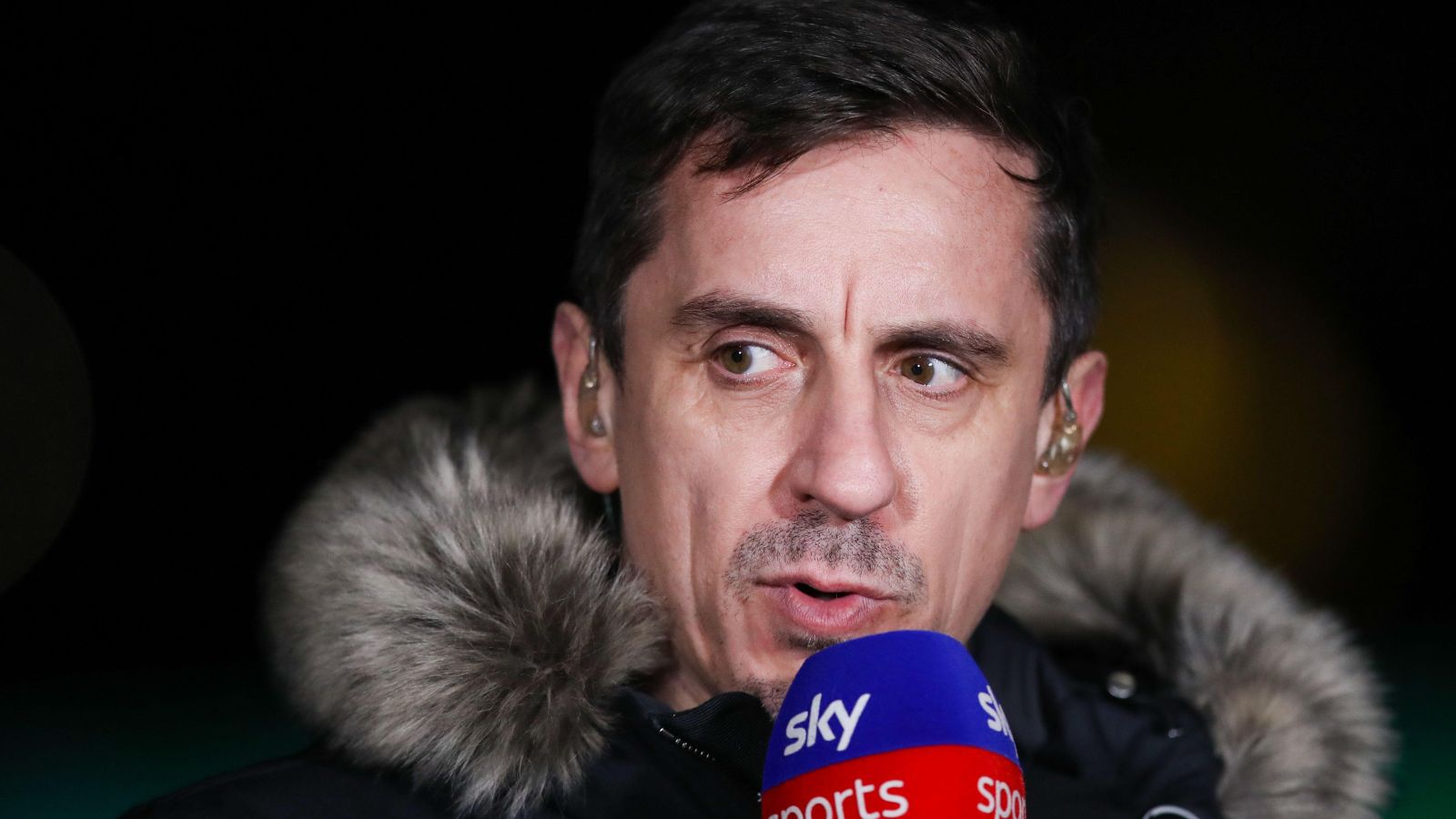 Richard Keys has slammed former Man Utd defender Gary Neville for his criticism of the BT Sport team over their coverage of the Champions League final.

Liverpool fans were tear-gassed and pepper-sprayed as they queued to get into the Stade de France ahead of the final on Saturday, which was delayed for over half an hour due to safety concerns and crowd congestion.

UEFA announced on Monday that an independent and comprehensive review will be conducted into the dangerous events at the weekend.

In response to a tweet questioning BT Sport‘s lack of coverage of the unfolding events outside the stadium, Neville wrote: “Are you surprised? I’m not. They can’t react or aren’t agile to things like this happening.”

That angered former Sky Sports presenter Keys – who now works for beIN Sports – into a response and a dig on social media, he tweeted: “F**k me @GNev2, Is there nothing you’re not an expert on? I’ve worked with guys @BTSport & they’re top pros as @mrjakehumphrey has said.

“I’m quite certain Saturday was a challenging night for everyone. Just like covering the OT (Old Trafford) riot you instigated & covered badly at Sky.”

F**k me @GNev2 Is there nothing you’re not an expert on? I’ve worked with guys @btsport & they’re top pros as @mrjakehumphrey has said. Im quite certain Saturday was a challenging night for everyone. Just like covering the OT riot you instigated & covered badly at Sky 🤷‍♂️.

Jake Humphrey, who hosted the Champions League final alongside pundits Rio Ferdinand, Michael Owen and Steven Gerrard, has explained what it was like working on the night.

“Possibly one of the hardest sports events I’ve ever covered. And I’ve done some tricky ones,” Humphrey wrote on LinkedIN.

‘We had limited information about what was going on outside, my talkback (the umbilical cord to my production team) suddenly stopped working, the TV compound was impacted by the tear gas so our production team were barricaded in their trucks.

‘And many of us had friends and family at the game and we had no idea if they were even safe.

‘And amongst all that we were trying our best to get the tone right, under the scrutiny that seems exclusive to live football.

‘Hopefully you wouldn’t have known too much about all that, the BT Sport production team are up there with the very best I have ever worked with.’