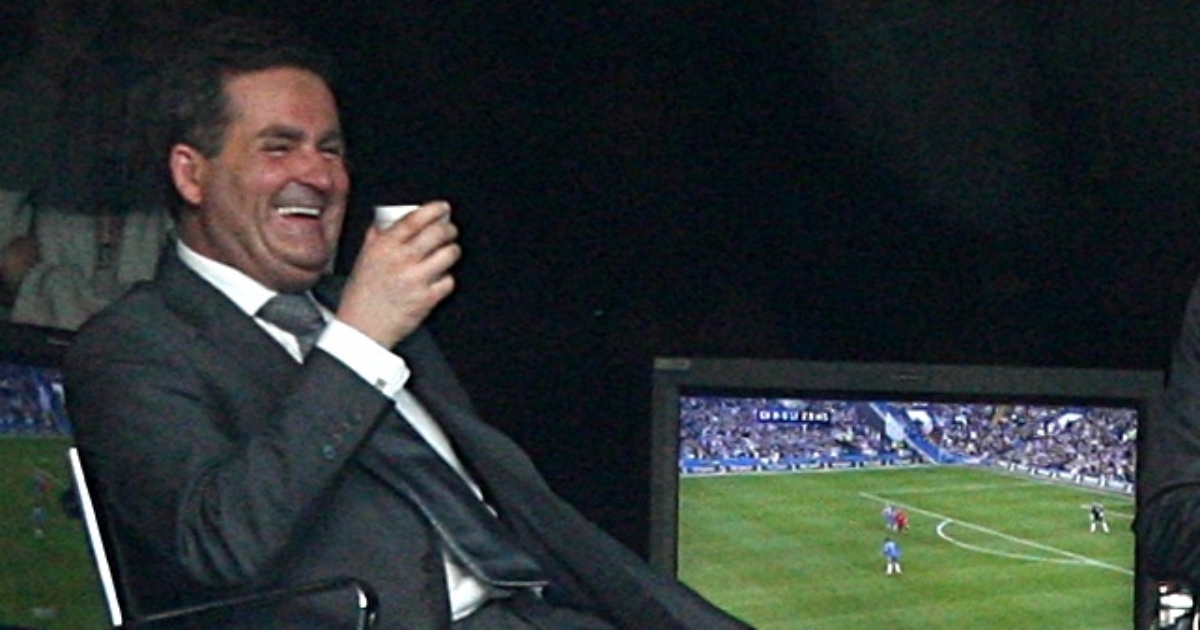 Richard Keys is not impressed with the way in which Steven Gerrard left Rangers to take over at Aston Villa.

The former Sky Sports presenter claimed the Scottish giants deserved better as Gerrard left ‘like a thief in the night’ to return to the Premier League.

Keys also insisted it ‘won’t be a walk in the Villa Park’ for the Liverpool legend in another beyond parody blog post.

Keys wrote: ‘Welcome back Steven. Although I wish you’d taken a bit more care about the manner in which you accepted the Villa job.

‘I said this on Twitter last week – and I stand by it. Leaving Rangers like a thief in the night was poor. Everybody at Ibrox deserved better – not least the players – who knew little or nothing about your intentions until they saw pictures of you holding up a Villa shirt – and yes – you looked happy! The ‘daft questions’ came later this time.

‘Why leave like that? Why skulk off after being given your big break by Rangers? You later issued a statement saying ‘in time – I hope people understand’. Well they won’t. If you’d done things the right way I’m sure they might have done.

‘I don’t see Gerrard taking the job at Villa as a gamble for him. It’s Villa who’ve taken the gamble. Just because Steven played for Liverpool and England doesn’t make him a cast iron certainty to make a success of it. Frank Lampard played for Chelsea and England, but he came up short when he returned to The Bridge. I’m not suggesting Lampard won’t yet make a very good coach, but the jury is out. It’s the same with Gerrard. He’s taken on a massive club and he’s totally unproven in England.

‘There’s no doubting that the job he did at Rangers was first class. If nothing else – he stopped Celtic making it 10-in-a-row, but this is a step up. The last man to make a similar journey failed. It hurts me to say that because he’s a mate. I’m sorry Graeme.

‘So we wish Steven good luck, but it won’t be a walk in the Villa Park.’