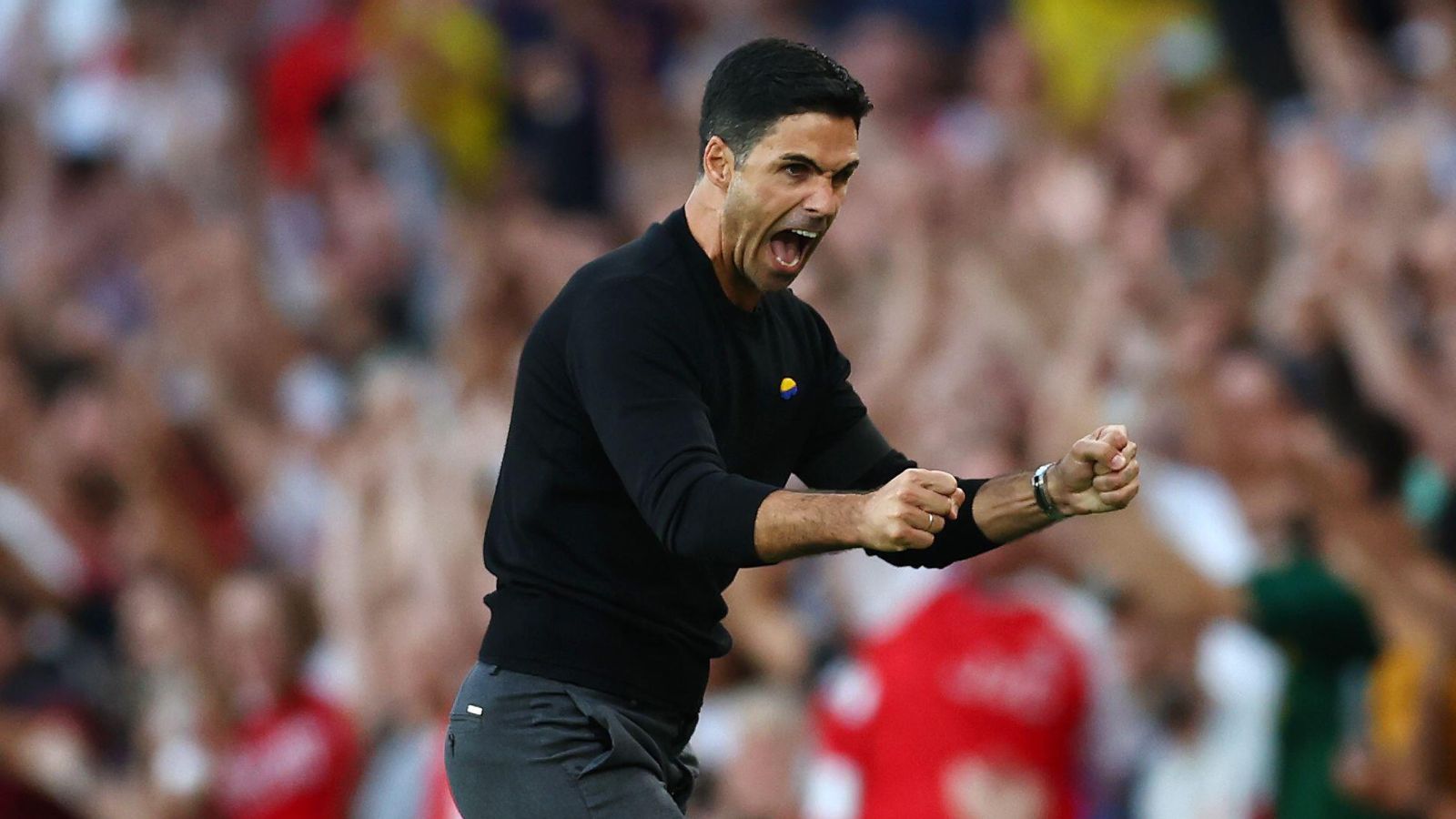 Richard Keys criticised Arsenal for celebrating winning a game of football after their 2-1 victory over Fulham on Saturday.

The Gunners cruised to their first three victories of the season but they had to show a different kind of quality to see off the Cottagers at the Emirates Stadium.

Aleksandar Mitrovic robbed the ball off Gabriel Magalhaes to give Fulham a one-goal advantage against Arsenal, but goals from the Brazilian defender and Martin Odegaard gave Mikel Arteta’s side four wins from four, while maintaining their lead at the top of the Premier League.

Arsenal players and supporters quite rightly celebrated another crucial victory but Keys – who was speaking to fellow presenter Andy Gray – thought it was way over the top from the Gunners.

Keys said on beIN Sports: “Steady, it’s Fulham! And they trailed at one time.

“Yeah, well played, you came back to win it and they keep their 100 per cent record intact. But they haven’t won the [Premier League] title tonight. They have won a London derby.”

But Gray initially disagreed, he replied: “They have had nothing much to cheer about over the last few years.”

Keys responded: “I get that, Andy, but let’s not get too carried away. They’re four games into the season.”

Gray hit back: “I don’t think they will [get carried away]. I don’t think the players will. I get the fans getting over-excited. If you want me to be blunt about Arsenal, I like what I see. But they’ve beaten Palace, Leicester, Bournemouth and Fulham. It’s not a who’s who of big teams.”

Keys added: “They trailed for a long time today.”

But Gray continued: “That’s something they will have to do. When things are not going great, they will need a little bit of luck. The first goal from Odegaard is a deflection, otherwise they don’t score.

“We saw Bernardo Silva do the same for Manchester City [against Crystal Palace]. They went on to win it. Sometimes that helps, and that might just be the difference this year. Things might now start to go for [Arsenal].”

But Keys was not accepting that you are allowed to celebrate one win, he said: “They’ve just beaten Fulham. They’ve won nothing.”

Before Gray seemed to give in slightly, he replied: “This was a league game. If this was a semi-final of a cup somewhere, and you’ve won the semi-final, I get that. But maybe this is what [Mikel Arteta] wants to instil here. I don’t know. I wouldn’t say it’s dangerous.”

Keys wasn’t done there either, taking a swipe at Arteta, the former Sky Sports presenter added: “I can’t hide the fact that I find him extremely irritating. Waving his arms around like a windmill for 90 minutes. It’s as if anyone can actually hear him, let alone see him. He’s never in his technical area.

“They’ve over-celebrated this. It’s a 2-1 win over newly-promoted Fulham.”