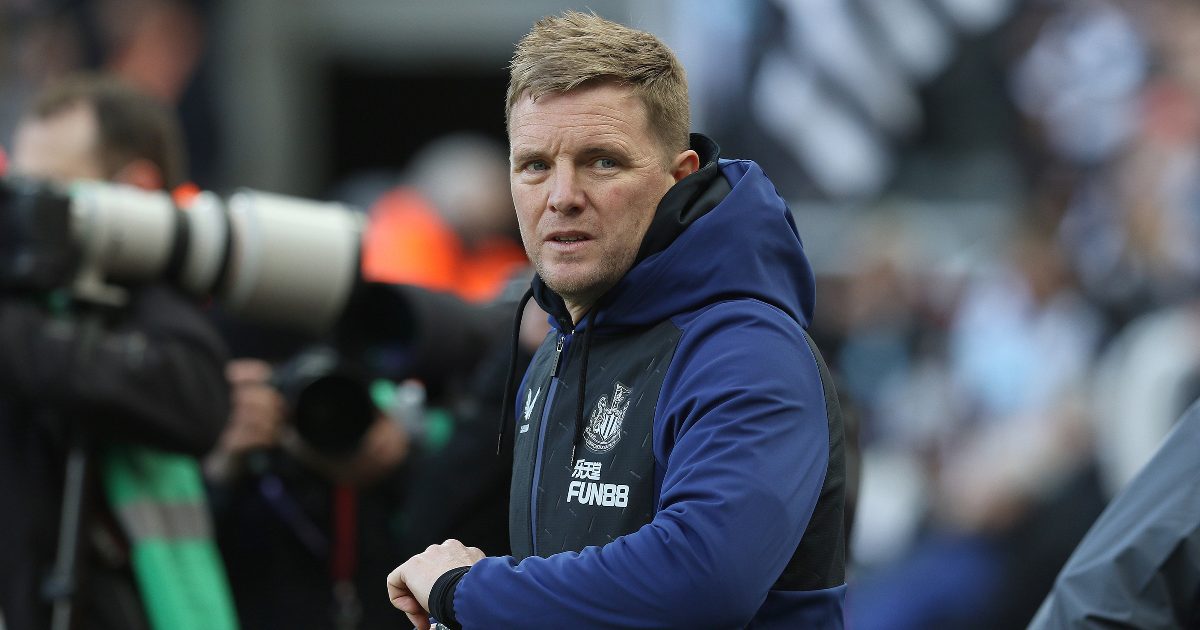 Richard Keys thinks Newcastle United are already safe and he has reserved praise for two of their star performers.

The Magpies were busy in January as they spent around £90m on new recruits. Bruno Guimaraes and Kieran Trippier were among the players they brought in.

Newcastle’s January business has quickly reaped rewards as they are in great form.

Eddie Howe’s side have won five of their last six games in the Premier League.

This run of positive results has seen them rise up to 14th in the table. They are now seven points clear of the bottom three.

Last time out, they battled hard as they beat Brighton & Hove Albion 2-1 at St James’ Park.

Speaking post-match, Howe praised his players for their “mental toughness”.

Now Keys has suggested that a top half finish could be on the cards for Newcastle:

“What a run Newcastle are on. They’re safe,” Keys wrote on his blog.

“There’s no way they’re getting back into trouble. They might even finish in the top half.

“Why not? They’re playing well enough.”

“It’s [Newcastle’s results have] been built on simplicity – with the solid citizens I mentioned here a couple of weeks ago.

“Yes – Joelinton has been enormous – but so has Dan Burn.

“They’ll need a whole lot better than either of those two guys if they want to achieve their dreams – but right now it’s great to see the likes of Burn getting a good press.”

Elsewhere, Jamie O’Hara has boldly suggested that if Newcastle spend £400m on new players this summer, they can finish ahead of Man Utd in 2022/23:

“You look at Newcastle now, the way they’re playing, the money they’re going to spend in the summer. You’ve got a manager in Eddie Howe who has got his magic factor back again.

“I look at Newcastle and think if they continue the way they’re going and they invest £300 or £400 million in players in the summer, they can finish above Manchester United!”

“It was unacceptable to get rolled over. I remember a few games when [Wayne] Rooney would play and they’d get beat, he’d go and nail someone or grab them by the scruff of the neck. I don’t see that in this United team.

“It’s like they accept ‘we’re not good enough, we’re not as good as Manchester City.’ That mentality needs to change if they want to be successful again.”