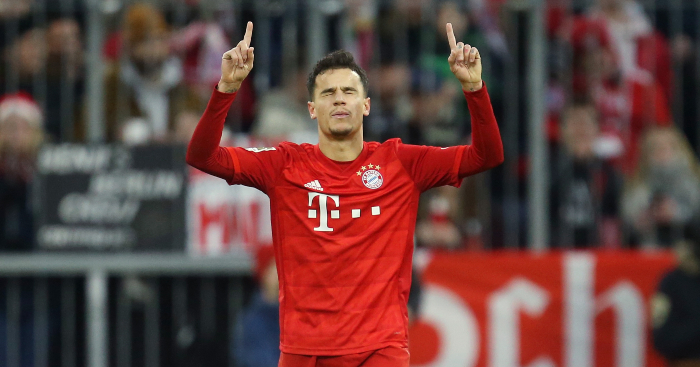 Barcelona playmaker Philippe Coutinho “would probably love to come back” to the Premier League, according to his agent Kia Joorabchian.

The Brazilian has been heavily linked with a return to England with Chelsea and Manchester United among the clubs reportedly interested in the 27-year-old.

Barca are rumoured to have offered Coutinho to Chelsea for just £57m, while Man Utd are said to have made their enquires.

And now Coutinho‘s agent Joorabchian thinks his client would welcome a Premier League return but has warned about the financial implications of the current coronavirus pandemic.

“The fact I’m an Arsenal supporter is not a secret,” Joorabchian told Sky Sports.

“I don’t have any preference where the players go. I don’t try to push someone to one club or another. Everything is a possibility.

“After the Champions League game he played in England we had a long chat about it.

“The question is what are going to be the financial conditions of all the clubs, including Barcelona and all the Premier League clubs at the end of this pandemic.”