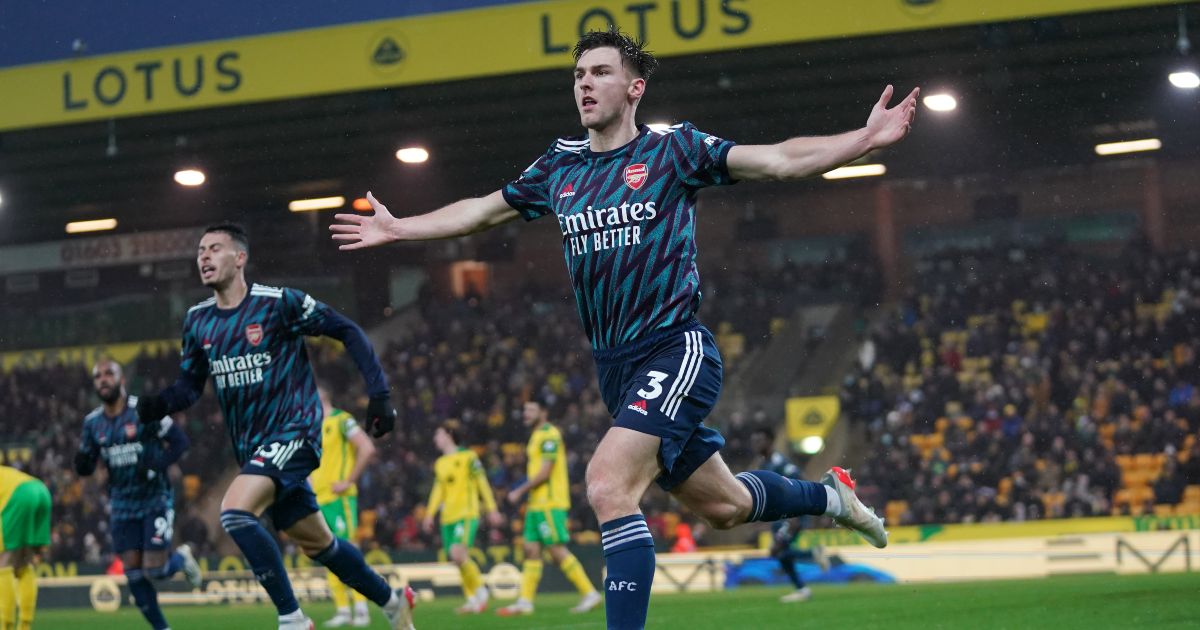 Kieran Tierney insists Arsenal cannot get ahead of themselves as they target a return to Champions League football.

The Gunners stormed to a 5-0 win at bottom club Norwich on Boxing Day to strengthen their grasp on fourth place in the Premier League.

Tierney doubled the lead at Carrow Road, firing in either side of a Bukayo Saka brace as an Alexandre Lacazette penalty and Emile Smith Rowe goal added the gloss late on.

Mikel Arteta’s side have recovered from a poor start to the campaign which saw them sit bottom, with no points and no goals, when Norwich visited for the reverse fixture in September.

A narrow 1-0 victory was the first of a run of 11 from 16 league games as Arsenal look to end a five-year spell out of the Champions League.

“It’s obviously what every Arsenal fan, player and staff wants, but there is a long way to go,” Tierney said of the club’s European ambitions.

“We can’t get too ahead of ourselves yet. There are big games coming up and there are a lot of games coming, so there’s still a long way to go.

“We have got a very young team and it’s brilliant to see. Hopefully for years to come we are all playing together and growing together. I think you can see that over the last year or so.”

Arsenal were due to host Wolves on Tuesday but the game has been postponed due to Covid cases in the visitors’ camp.

That means facing champions Manchester City and a north London derby away at Tottenham in their next two league games, as well as a two-legged Carabao Cup semi-final against Liverpool.

Asked if Arsenal can take confidence from their recent run into games against the league’s biggest sides, Tierney added: “That’s the aim. We want to be the best we can every day and we are building to there.

“I think people can see over the last few months that we are getting better. We are getting more consistent. We are scoring more goals as well, so we just need to keep going in that direction.

While Arsenal continue to harbour top-four ambitions, the fight for Norwich to survive in the top-flight continues to get harder.

“We need to show some character and put points on the board quickly,” he told canaries.co.uk.

“We need to be harder to beat and cut out the mistakes. We need so much character because it’s an uphill battle.

“The position we’re in isn’t ideal but it’s only us who can get ourselves out of it. We’re up against it and we need to come out fighting.”