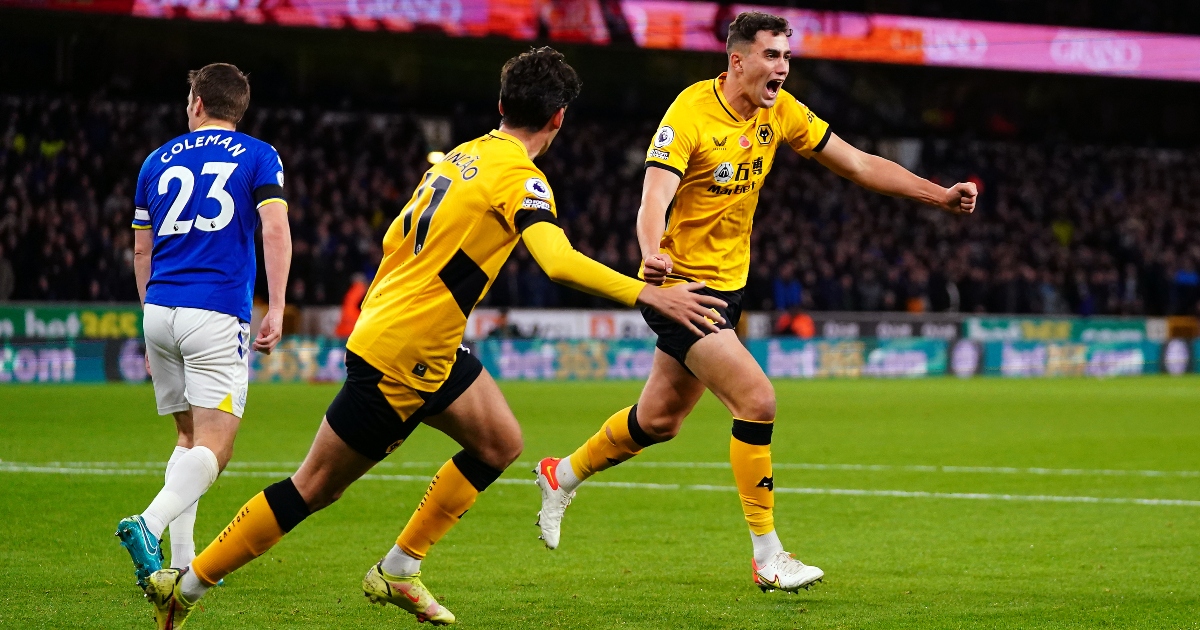 Max Kilman has committed his future to Wolves by signing a new five-year contract with the option of a further year.

The defender has emerged as an important player under Bruno Lage, playing every minute in the Premier League so far this term.

He celebrated his first goal for the club on Monday night as Wolves beat Everton 2-1 at Molineux.

Amid chaos and histrionics elsewhere, Wolves are just fine…

Kilman has enjoyed a superb season so far, winning the club’s player of the month award for August, as well as being nominated for the award in September and October.

On the contract, technical director Scott Sellars told the club’s official website: “Our first focus was to reward Max for what he’s doing on the pitch. He came into the Academy late on in his development, but he’s really kicked on and it’s important we reward players for their success, and also retain our talents.”

Kilman expressed his delight at signing a new deal at Molineux, saying: “I’m delighted to have signed the new contract. I got my first professional contract at this club and I’m still here.

“It’s great to have another long-term contract with the club because I’m happy to be here and I just want to do my best for the team.”

He added: “The journey since first arriving at the club until now has been brilliant. When I first came into the under-23s and then transitioned into the first-team, before beginning to play more regularly, it’s been great.”

He explained: “I think mostly controlling the game with the ball, because we know how dangerous they are with players like [Edinson] Cavani and Ronaldo and when they have chances, they’re lethal. They don’t need much space to score.

“The only way to avoid them creating chances is with the ball, is having the ball as much as we can and trying to put them in their final third to try to prevent the counter-attacks as much as possible.

“So yeah, we’re going to try and be as focused as we can to do that and win the game.”