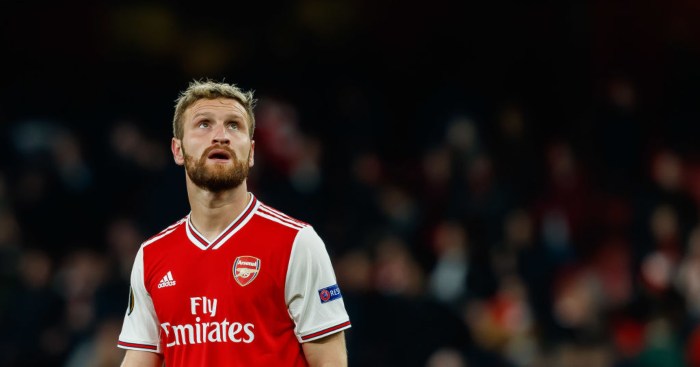 Shkodran Mustafi says that criticism from Arsenal legend Emmanuel Petit will “haunt” him for the rest of his career.

The 27-year-old defender has played in just three matches this season for the Gunners, representing the club in Europa League victories over Eintracht Frankfurt and Standard Liege, while he also appeared in their comfy League Cup triumph over Nottingham Forest.

Mustafi, much-maligned and told by head coach Unai Emery he was free to leave in the summer, played his part as Arsenal kept clean sheets in all three fixtures.

However, the Germany international has struggled to make an impact since moving to the Emirates Stadium in a big-money transfer in 2016 and Petit labeled him the “king of blunders” back in March.

“I am self-critical enough to see that I made those mistakes,” Mustafi told Der Spiegel. “And I can cope with harsh criticism.

“But the criticism escalated, became irrational. I became a target. And we reached a point where people held me responsible for defeats in games I didn’t even take part in.

“I was annoyed (about Petit’s criticism). It is one thing when you are criticised by fans or media.

“But it’s a totally different thing if an ex-player, who knows how difficult it can be out there on the pitch, says something like that. I expect those players to be more sensitive and realise what they can initiate with such harsh criticism.

“Back in the day, it would have been in the papers for maybe a day and people would have forgotten about it. But it is written on the Internet today and will haunt me for the rest of my career.

“Former players like Petit should really not need to make their mark by talking current players down.”