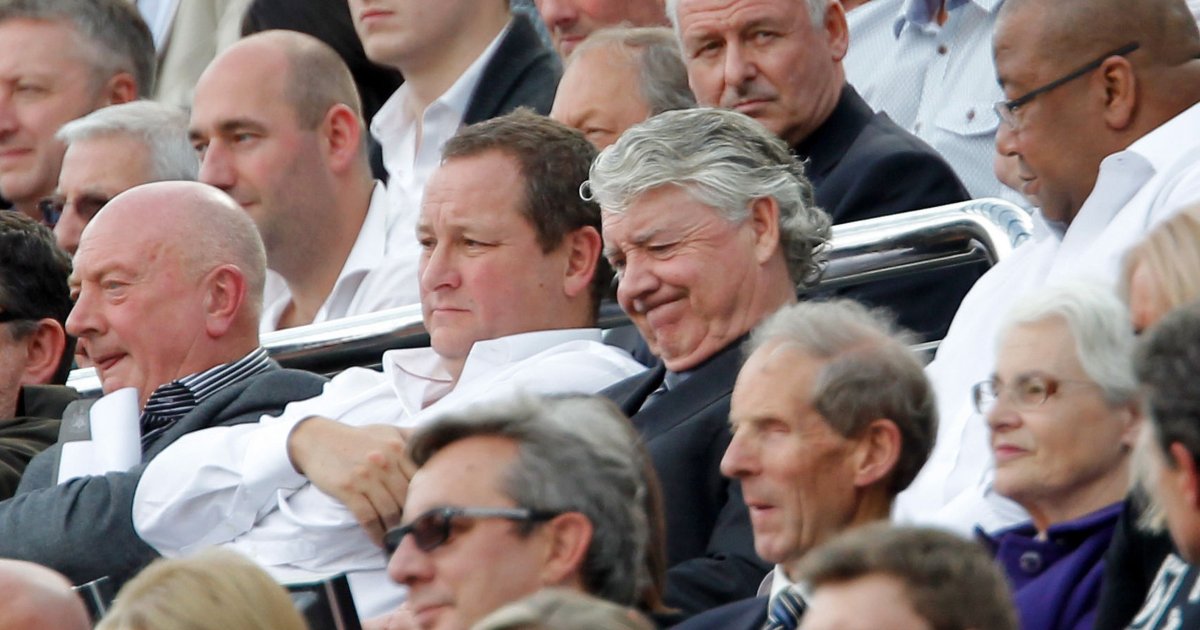 So Manchester United have promoted John Murtough to ‘football director’ and named their former midfielder Darren Fletcher ‘technical director’, a significant shake-up and one that finally ends years of chat about why United didn’t have a director of football while inevitably prompting fresh years of chat about what exactly each of those roles actually involve. What it should mean is less Ed Woodward making football decisions, so it’s probably good news.

But that’s not always the case with football directors/technical directors/directors of football/heads of player recruitment/whatever other daft title. Sometimes it is bad. The argument from the slippery sods who occupy these roles is that they can’t really be judged until five or 10 years down the line, such is the overarching long-term nature of the job. This is sort of true, but it’s also quite handy for them isn’t it? Luckily, with most of these we are now sufficient distance down the road to know for absolute certain they were pure bobbins.

Gianluca Nani (West Ham)
Came from Italy with a decent pedigree but almost instantly fell out with manager Alan Curbishley, highlighting the often fragile and fraught nature of the crucial director/manager relationship. Raised eyebrows by bringing in Savio Nsereko for a club-record fee of £9m from his former club Brescia. It was then, and to be fair still is, quite a lot of money to spend on a player whose record amounted to 23 games and three goals for a side in Serie B. He made 10 Premier League appearances (only one of them a start) without a goal before being quietly sold to Fiorentina for a third of his initial fee after just six months at Upton Park. Nani lasted only slightly longer.

Dennis Wise (Newcastle)
One of the key ideas behind the director of football is that it provides consistency of planning and vision that means a club is never in thrall to the particular foibles or ideas of a specific coach or manager, who rarely hang around that long anyway. Even so, getting through five managers in 18 months seems a bit much. That ended with Newcastle relegated and Wise out on his ear. Pissing off Kevin Keegan by signing players based on YouTube videos only adds to the legend.

Damien Comolli (Spurs and Liverpool)
Rather unfairly, has become the byword for all that is bad and wrong about the very concept of a director of football. But facts are facts. He signed Alan Hutton and David Bentley for Spurs, then skipped off to Liverpool and signed Stewart Downing, Sebastian Coates and, his true masterpiece, Andy Carroll.

Sir Clive Woodward (Southampton)
Different sports can learn a great deal from each other. There is something about the elite sportsman, no matter his game, that certain people, certain leaders are able to tap into and drive. Different approaches and ideas can spark something and an inspirational and proven man-manager and motivator can obviously offer a great deal outside the specific niche in which they might have made their name. But that doesn’t make putting an egg-chaser in charge of your Premier League football club a good idea.

Joe Kinnear (Newcastle)
Newcastle are not quite as bad as Spurs at this caper, but they’ve had a red hot crack at it. Kinnear’s managerial stint at St James’ Park had already gone down in infamy when he inexplicably returned to the club a few years later as director of football. Claimed he could “open the door to any manager in the world” and asked fans unhappy at his appointment to judge him on the players he signed. Newcastle signed no players on permanent contracts before Kinnear left eight months into a three-year contract. So we’re judging him.

Franco Baldini (Tottenham)
The man who spent The Bale Money. We’ll give him Christian Eriksen and part of us will always think fondly of Baldini as the man who brought Erik Lamela into our lives. But still.

Frank Arnesen (Tottenham and Chelsea)
Lost to Spurs in the UEFA Cup final of 1984 with Anderlecht. Twenty years later vowed to make a “much happier return” as the club’s sporting director after a hugely successful decade in the role at PSV, where he was credited with discovering Ronaldo and bringing through such trifling Dutch talents as Arjen Robben, Ruud van Nistelrooy and Jaap Stam. At Spurs, Arnesen brought in Thimothee Atouba, Reto Ziegler and Noe Pamarot, almost instantly fell out with the new manager Jacques Santini, and after a year buggered off to Chelsea. The plan there was that Arnesen’s arrival would allow Roman Abramovich’s project to shift course and start uncovering young talent of their own rather than signing big-name players for big money. Uh-huh.

Sven Mislintat (Arsenal)
Arriving at a crucial time in Arsenal’s recent history during Arsene Wenger’s final season, the former Dortmund head scout was supposed to ease the transition from Wenger’s overarching single-minded control to the more continental split of recruitment and coaching. Arsenal signed eight players during his 14 months at the club. The first was Pierre-Emerick Aubameyang. Nice one. The others were Dinos Mavropanos, Henrikh Mkhitaryan, Bernd Leno, Sokratis, Lucas Torreira, Matteo Guendouzi and Stephan Lichtsteiner. Fair play, few of those have been dull. And he is still angry.