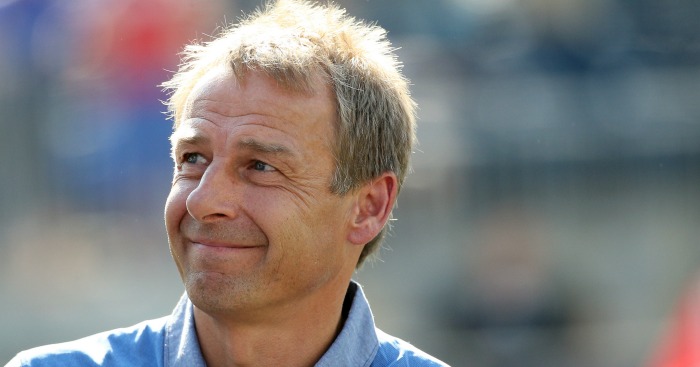 Jurgen Klinsmann has played down speculation linking him to the England manager’s job, insisting he is focusing solely on his current role as head coach of the United States.

The Football Association is seeking a replacement for Sam Allardyce, who left the role on Tuesday following the emergence of secretly-filmed video footage which showed him making a number of controversial remarks.

Germany general manager Oliver Bierhoff, a close friend of Klinsmann, claimed in July that his former international team-mate was in line to succeed Roy Hodgson.

On that occasion Allardyce was chosen by the Football Association for a reign which lasted just 67 days.

Klinsmann is again one of the frontrunners with bookmakers to land the job – but the 52-year-old has insisted his current focus is the United States’ forthcoming World Cup qualifying match against Mexico.

The former Tottenham striker tweeted: “No truth to the rumors regarding England” – adding on US Soccer’s official website: “Our entire focus is on November 11, when Columbus will rock.”