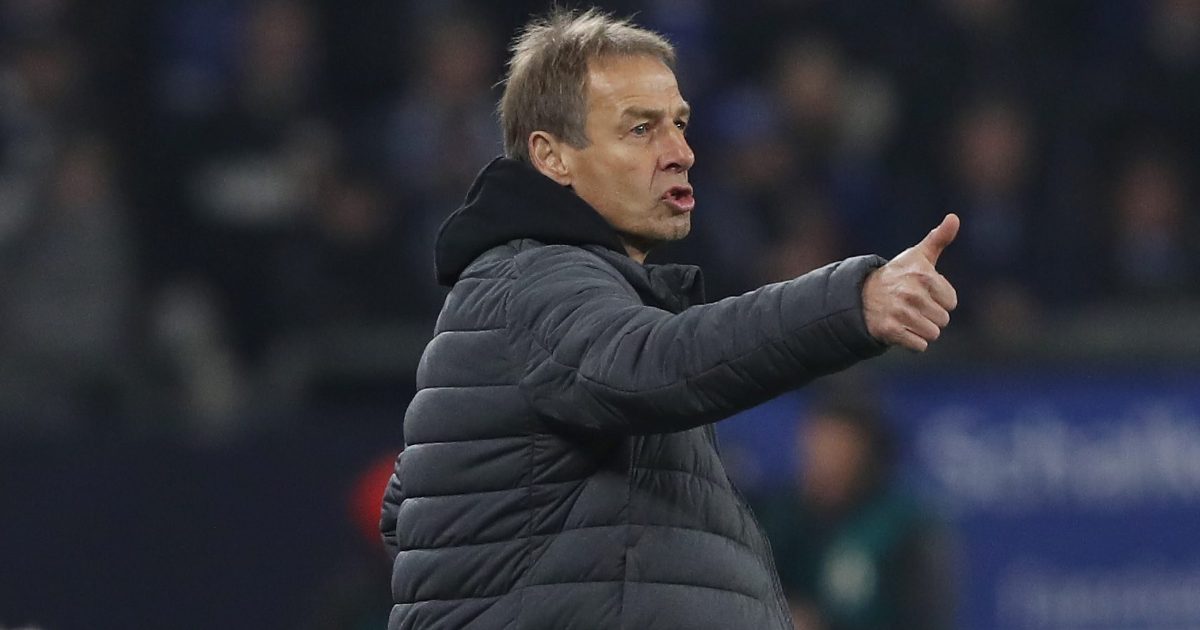 Former Spurs star Jurgen Klinsmann has heaped praise on Jurgen Klopp, suggesting that he has done an “unbelievable” job at Liverpool.

Klopp has been in charge of Liverpool since 2015. He joined from Borussia Dortmund after he won the Bundesliga in back to back seasons between 2010 and 2012. With Klopp, Dortmund finished as runners-up at the 2012/13 Champions League.

Since moving to the Premier League, Klopp has transformed Liverpool.

They finished fourth in Klopp‘s first two full seasons in charge. During the 2017/18 term, the Reds lost to Real Madrid in the Champions League final.

They used this disappointment to drive them forward. In 2018/19, Liverpool finished on 97 points in the Premier League to narrowly miss out on the title. They did however beat Tottenham Hotspur to win their sixth Champions League trophy.

2019/20 was another unforgettable season as Liverpool won their first league title since 1989/90. This campaign was tougher for them but they recovered from a mid-season slump to finish third.

Klinsmann has told BBC Radio 5 Live that Klopp is a “very special” manager:

On him no longer being the most famous Jurgen in England, Klinsmann said: “Absolutely not and thankfully not.

“I am the biggest Klopp fan you can imagine.

“He’s very, very special. What he has done with Liverpool is just unbelievable.

“He continues to do that for many years to come because he’s a very positive and special person. He’s straightforward with everyone.

“We come from the same neighbourhood in South Germany and he’s hard-working. Always has a joke. Ready for you. Never too serious.

“He really proved the point that even German’s can laugh about themselves. A great ambassador for Germany.”

Meanwhile, The Athletic have reported that Liverpool’s backroom staff have been “blown away” by Andy Robertson at Euro 2020:

“Liverpool’s fitness and medical staff are said to be blown away by the energy levels that Robertson is showing at Euro 2020,’ Jordan Campbell writes, ‘especially given he started every single Premier League game in a pandemic season during which he was often the senior member of an extremely makeshift back four for Jurgen Klopp’s side.

“Staff at Melwood have been hugely impressed by Robertson’s physical and mental energy in leading Scotland at the tournament.”