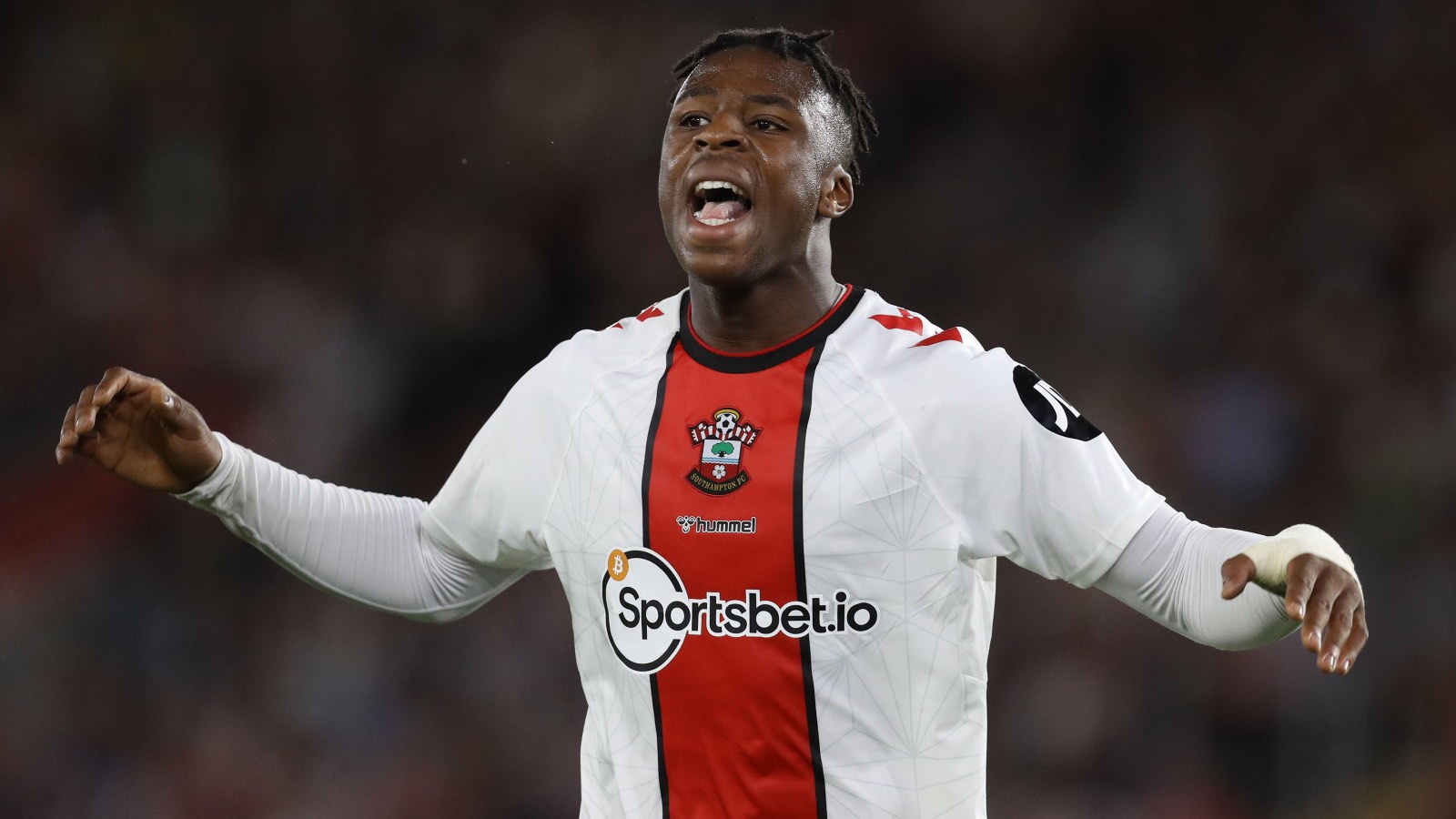 Liverpool are among three European giants ‘closely following the evolution’ of Armel Bella-Kotchap with Jurgen Klopp an ‘admirer’ of the Southampton star.

Bella-Kotchap signed for the Saints from VfL Bochum in the summer for £9m and has impressed at the start of the Premier League season.

His displays have earned him his first call-up to the senior Germany squad, as they prepare for Nations League games against Hungary and England, and drawn the attention of Liverpool, Real Madrid and Bayern Munich.

That’s according to Fichajes (via Sport Witness) who claim the European trio ‘closely follow the evolution’ of the 20-year-old.

The report adds that Liverpool boss Klopp is an ‘admirer’ of Bella-Kotchap and sees him as a long-term replacement for Virgil van Dijk at Anfield.

The centre-back was particularly impressive in Southampton’s 2-1 win over Chelsea, and manager Ralph Hasenhuttl said his questions over Bella-Kotchap’s “mindset” had been quickly answered.

“When you see the physical quality he has it is perfect for the Premier League,” said Hasenhuttl. “And this is what we hoped for in the summer.

“I was more questioning if he had the right mindset but it seems the Premier League is so interesting for him and he is fully focused.”

Meanwhile, Liverpool are said to already be considering terminating the contract of Arthur Melo, who joined on loan from Juventus on deadline day.

The Brazilian only made 11 starts for the Old Lady in Serie A last term with the 26-year-old appearing off the bench a lot under Max Allegri.

And Arthur is yet to make a Premier League appearance for Liverpool since joining 16 days ago but has come off the bench in their 4-1 Champions League defeat to Serie A side Napoli.

The report describe the deal to take Arthur to Anfield as ‘surprising’ and that the former Barcelona midfielder has found his time at Liverpool ‘not as easy as expected’.

It’s claimed Arthur ‘does not fit the type of player’ that Klopp was looking for to compliment his system as ‘is not at the level that was expected’.