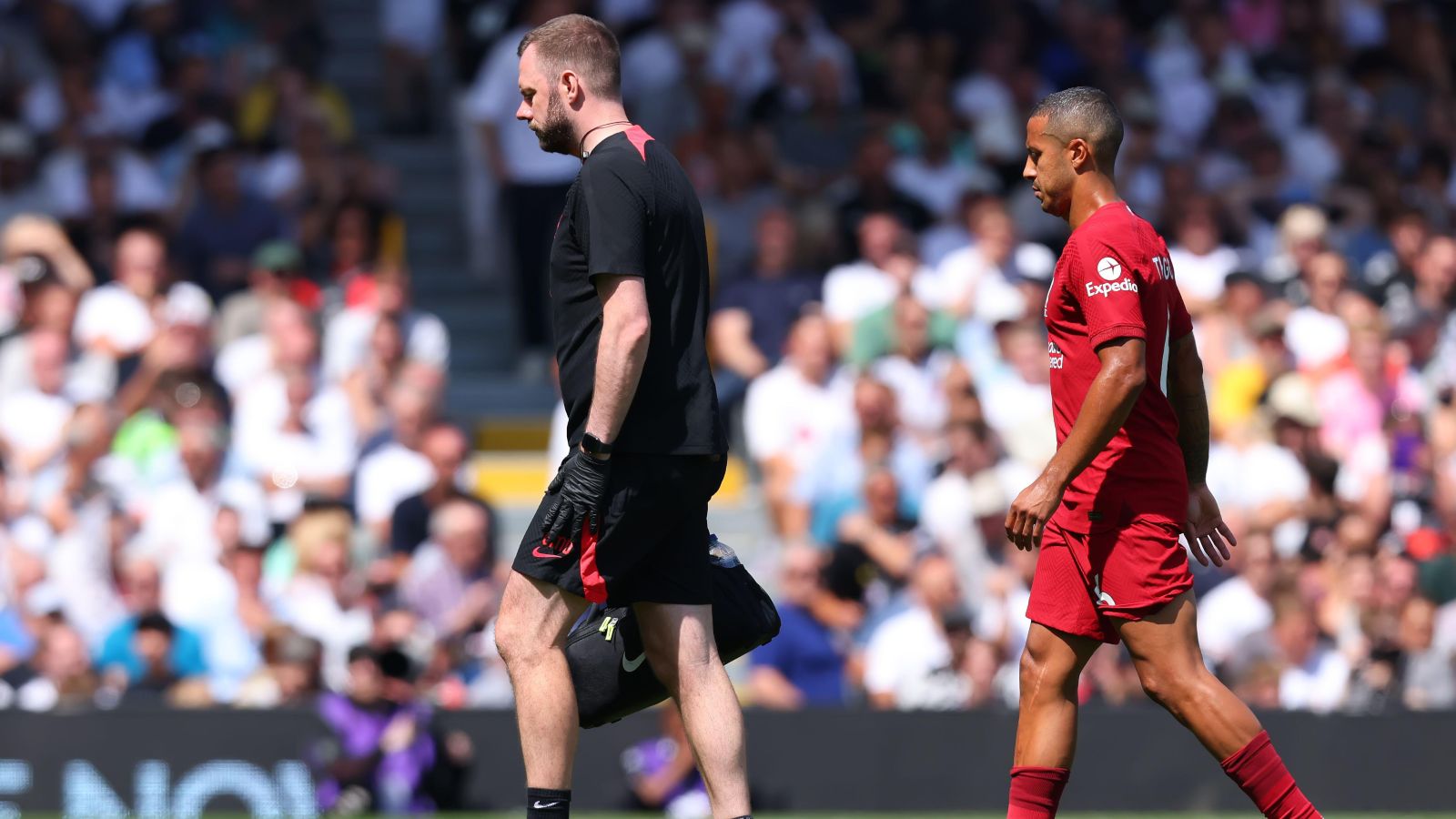 Liverpool boss Jurgen Klopp admits that the Reds could be forced into the transfer market to ease their growing injury list.

Klopp currently has ten of his first-team players injured after Thiago Alcantara came off in the 51st minute of their 2-2 draw against newly-promoted Fulham on the opening weekend of the Premier League season.

The Spaniard will definitely miss their match against Crystal Palace on Monday night and there have been suggestions he could be out until at least mid-September.

Naby Keita, Curtis Jones, Ibrahima Konate, Diogo Jota, Kostas Tsimikas and Alex Oxlade-Chamberlain are among the absentees but Klopp thinks Keita and Tsimikas could be back for the weekend.

Liverpool were not expected to enter the transfer market again this summer after bringing in Darwin Nunez, Fabio Carvalho and Calvin Ramsay – but Klopp admits they could now bring a new player in.

Klopp told a press conference on Friday: “We have injuries, that’s how it is. It is a question of how long will the players be out. There are different solutions for it. One of them is the transfer market. That only makes sense if we can bring in the right player – the right player, not a player.

“In some cases it is not possible, in other cases extremely difficult.

“All the other solutions are inside the squad. We have now too many injuries, definitely.

“We have a couple of boys coming back. Nabby [Keita] will be back, Kostas [Konstantinos Tsimikas] might be back as well. That is the situation.”

It was expected that Roberto Firmino would fall down the pecking order a bit at Anfield this season but Klopp is expecting big things after the Liverpool striker had a good pre-season.

Klopp added: “Bobby is a fantastic player. He had a good pre-season, not a perfect pre-season but a good one. That’s all that he needed.

“For all the sessions he did and to be able to train as often as he did, he will benefit from that.

On Mo Salah and Nunez’s partnership in attack, Klopp continued: “It is a good partnership. They are two players who are determined to score and be in the decisive areas.

“Mo is in a really good moment and Darwin is settling in. Luis [Diaz] missed the goal but had really good moments [against Fulham]. If he had scored it would help him massively as well but this department was not our problem last weekend.”