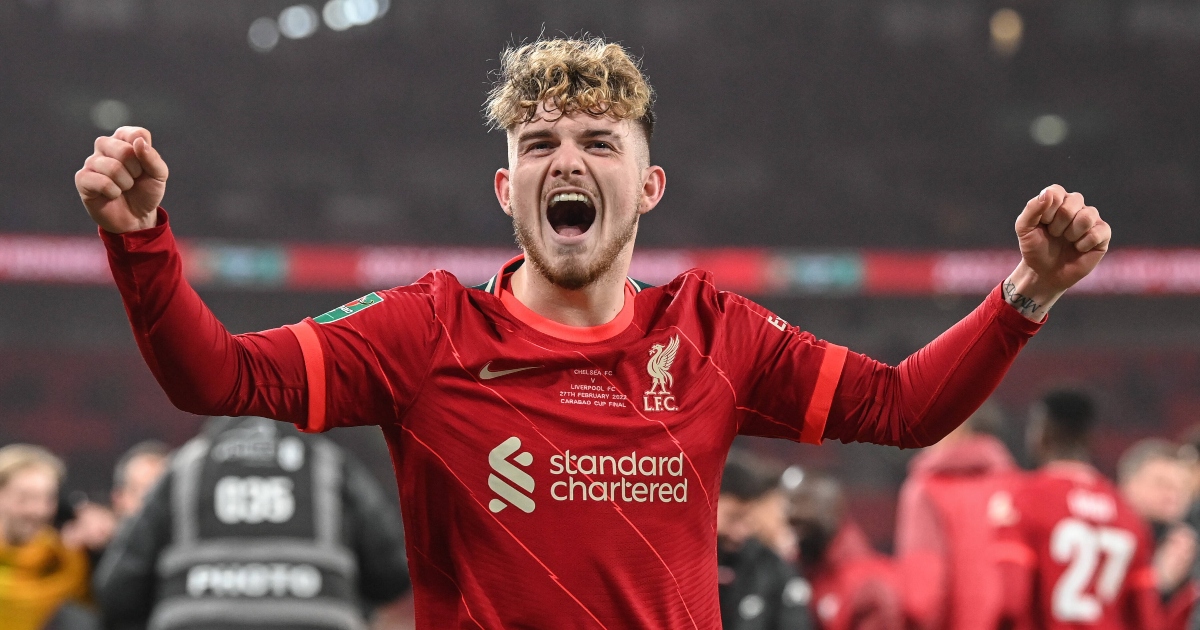 Liverpool boss Jurgen Klopp says Harvey Elliott “made a mistake” after he was seen holding a flare during their League Cup victory celebrations.

The Reds beat Chelsea 11-10 on penalties at Wembley in Sunday’s final after 120 minutes of football couldn’t separate the two sides.

Caoimhin Kelleher scored the decisive kick, with his opposite number Kepa Arrizabalaga – sent on specifically for the shoot-out with two minutes of extra time remaining – blazing over as the spot-kicks finished 11-10 after 21 of 22 efforts were perfectly dispatched.

Liverpool Quadruple ‘in sight’ thanks to Roman Abramovich

In a thrilling and absorbing Carabao Cup final at Wembley both sides had goals ruled out for offside in normal time, Joel Matip falling foul of Virgil Van Dijk’s transgression and substitute Romelu Lukaku marginally straying ahead.

Extra time could not settle it and it ultimately came down to the goalkeepers, but not in the way usually imagined in a shoot-out, as Kelleher – who started after manager Klopp kept faith with him for cup competitions – was successful from the spot and Kepa, who had barely touched the ball after coming on, was not.

That led to jubilant celebrations in the Liverpool end and youngster Elliott got carried away, holding a flare as the fans celebrated.

“Harvey is a very young man on the pitch and outside it he is more of a young boy,” said Klopp. “But that’s not a problem, he made a mistake.

“And because of his responsibility as a role model working in public I can understand 100% I will tell him not to do it again. But do I think it’s the worst thing in football? No.

“I got carried away and I’m nearly four times older than him, so it can happen.”

Jurgen Klopp has been discussing Harvey Elliott’s Carabao Cup celebrations after the #LFC star was pictured with a red smoke flare.pic.twitter.com/o2MS0s50zx

Thiago Alcantara injured his hamstring in the warm-up and was pictured crying on the sidelines ahead of the match against Chelsea.

On the Spaniard, Klopp added: “He’s not crying any more.

“It was a very emotional moment. We were all surprised; I came in the dressing room, I watched the whole warming up and didn’t see anything, then we came in, he is on the [treatment] bed and the physios tell me he feels something in the hamstring, which is not good.

“Then we had to make the decision he could not start. In this moment when you are that close to playing a final… for the one player who probably won the most silverware in the whole squad, or as much as the whole squad together, showing then this kind of emotion, I didn’t like that he didn’t feel that good, but the desire to play a final I liked a lot.”