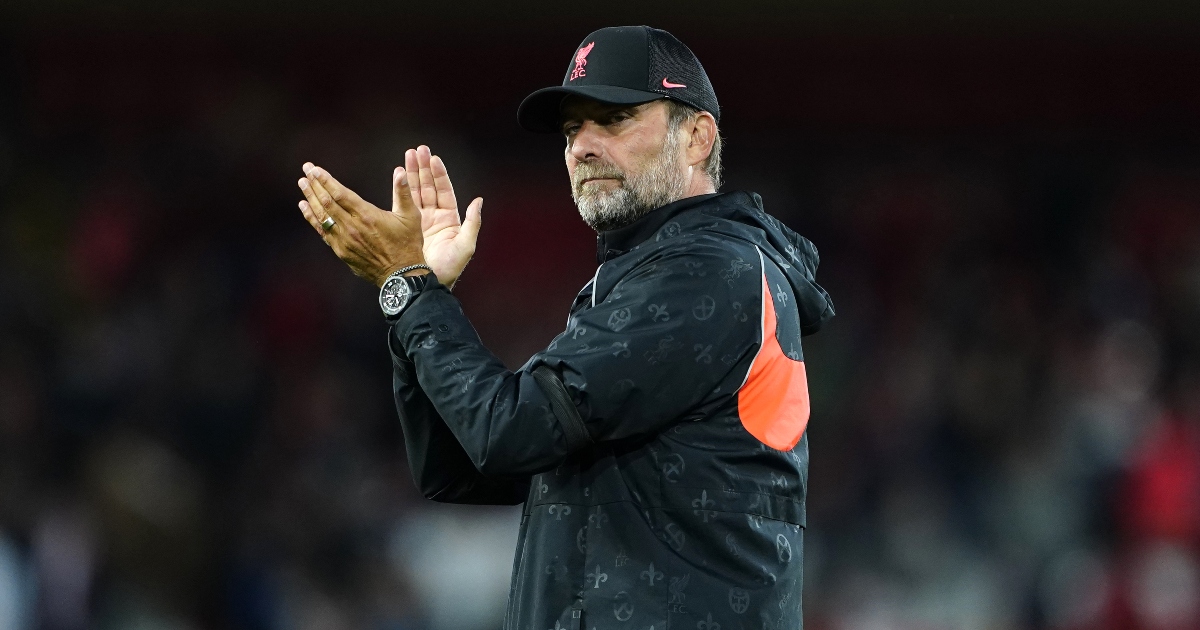 Liverpool manager Jurgen Klopp admits he almost turned his TV off at half-time of the 2005 Champions League final with the Reds 3-0 down to AC Milan.

The Merseyside club, of course, came from behind to force the game into extra-time, before winning the final on penalties.

And Liverpool welcome AC to Anfield for the first time on Wednesday evening, with their only previous two meetings coming in the 2005 and 2007 Champions League finals.

Sticking up for Sancho and Salah but bashing Burnley

Klopp has said he is grateful he chose to stick with the game with the Reds 3-0 down after 45 minutes as he was able to witness “one of the biggest football sensations ever”.

“At that time I was neither an AC Milan or Liverpool supporter watching the Champions League final and after 3-0, with all the things said before about Milan being the favourites, it looked like the game was decided,” he said.

“I was thinking about not watching the second half because everyone in the world apart from the few people in the Liverpool dressing room thought this game might be decided.

“And then it became one of the biggest football sensations ever and I was really happy that I didn’t switch the telly off and I watched the whole game.”

Liverpool and Milan are in a very tough Group B alongside La Liga champions Atletico and Portuguese outfit FC Porto.

“This is the strongest group we’ve had since I’ve been at Liverpool,” Klopp added.

“In 2013 when I was at Dortmund, I had the Champions League group of Man City, Real Madrid and Ajax – all champions and us, a proper group.

“It keeps out two really good teams from the knockout stages and will deliver one really strong team to the Europa League.

“I never understand when people talk about changes in the Champions League, it is just not my thing. I like it how it is.

“This group shows there are no games where people think ‘Do we really want to watch that?’.

“The group will be exciting from the first to the last second. I can’t see any kind of early decisions made in this group and that keeps us on our toes.

“It is exactly what we wanted and now we are here and we play Milan here, we play then Atletico and then Porto.

“Unbelievable stadiums and crowds with passionate fan bases, exactly how you want football. That’s what we want and now we have to deal with it.”