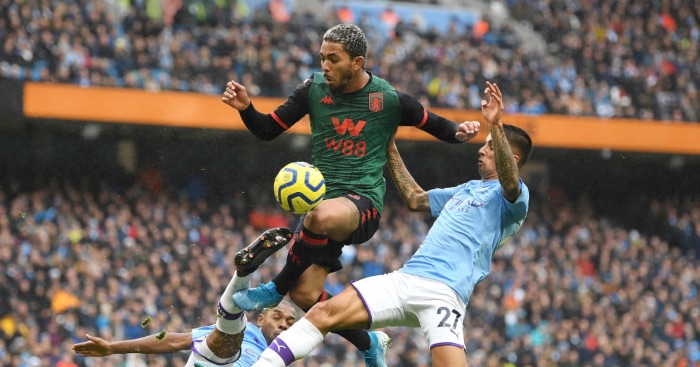 Darren Bent was full of praise for ex-Manchester City midfielder Douglas Luiz’s performance for Aston Villa in their win over Wolves on Wednesday.

Bent’s former employers will host Liverpool in the last eight after goals from Anwar El Ghazi and Ahmed Elmohamady sealed the win, but he picked out summer signing Douglas Luiz for special praise.

Bend said on Quest: “We’ve heard Pep (Guardiola) talk about him, wishing he was still there (at Manchester City) because he is a special player. I’ve seen him many times this season absolutely control games.

“Tonight was exactly the same, getting on the ball, making things happen. He’s not just a defensive midfield player who stops attacks, and gets on the ball, he can score great goals as well. He was really impressive.”

Luiz has adjusted better than most of the players that arrived in the summer for Villa, showcasing an all-action style and proving he is more than a defensively minded player, showcasing his long-range shooting skill on more than one occasion.