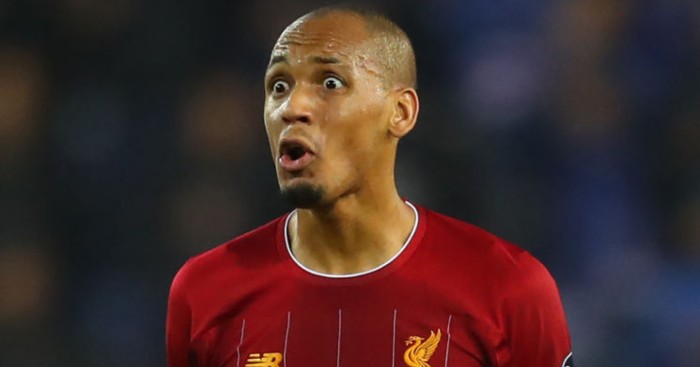 Jurgen Klopp says he could rest Fabinho at Aston Villa with the Liverpool midfielder only one yellow card away from suspension.

The Brazilian has been in superb form for the Reds this season, playing a part in all ten of their Premier League matches this season.

Fabinho would miss Liverpool‘s match against Manchester City on November 10 if he picked up a booking against Villa on Saturday due to him accumulating four yellow cards so far this season.

And Klopp hasn’t decided whether to rest him against Dean Smith’s men, he said: “I don’t know yet. I will have to see. I know he is [one booking away]. No challenges at all!

“It is not possible against Villa to play without tackles. We know it. We have to deal with this information, either him or me with the lineups.”

On season so far, Klopp added: “We play so many games. Everyone tries to fit the Carabao game in and you think ‘wow!’ A lot of yards and miles to run yet. We have created the basis, points wise. We just think about Aston Villa. A good team, unlucky start now they have the results.”