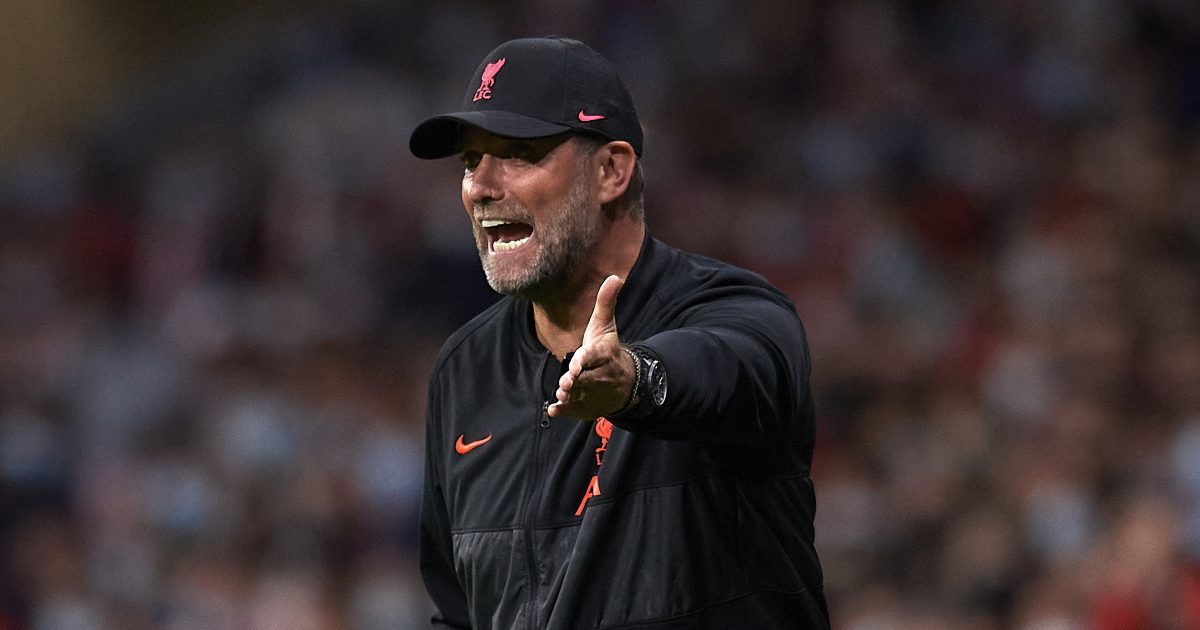 Jurgen Klopp has admitted that he “couldn’t care less” how his Liverpool side Atletico Madrid on Tuesday night as it was an “intense and tough game”.

Liverpool made a fast start in Madrid as they went ahead in the eighth minute. Salah dribbled inside and shot from the edge of the area and his effort was deflected in off the boot of Geoffrey Kondogbia.

Naby Keita doubled their lead a few minutes later. His fierce volley from the edge of the area got the better of Jan Oblak.

Atletico Madrid responded well to Liverpool’s second as they finished the half superbly. A brace from Antoine Griezmann brought them level and they had the chances to go into the break in front.

Griezmann was in the thick of it again in the 52nd minute. He was shown a straight red card for a high boot on Liverpool attacker Roberto Firmino.

Jurgen Klopp‘s side made the most of their man advantage as they went ahead again in the 78th minute. Salah sent Oblak the wrong way with his penalty as he made it 3-2.

The hosts were awarded a penalty of their own a few moments later. But Liverpool could breathe a sigh of relief as the initial decision was overruled after VAR intervened.

It finished 3-2 and Liverpool are now five points clear of Atletico Madrid at the top of their Champions League group.

As reported by BBC Sport, Klopp said that getting three points like they did in Spain was “really nice”:

“A tough game which we expected. We did surprisingly well at the beginning. Did we expect it to be that defensive? Probably not. It was not so easy. We scored two wonderful goals then played good football,” Klopp said.

“It was 2-0 then obviously Atletico are not too bothered about having possession. The first goal we gave away then the second, it was nice play but the gaps we had there…That was not alright. At half time I think everyone in the stadium thought it was only going one way and we thought ‘let’s give it a proper try again,’

“We played a really solid second half in a tough game with intense football from both teams. We got the penalty, then there was a red card and obviously it was in our favour.

“They just won the balls and we didn’t do the right stuff anymore. We chose the easy pass but we needed to play between the lines. The last line was pretty deep. Then they came with wing-backs and midfielders and we stayed there instead of accelerating. The game was too slow and that was what they wanted. That was why the momentum changed.

“I saw it and our penalty is a penalty. I think the other one is not a penalty but I didn’t expect it. It’s the right decision. The red card was for sure unlucky but it is a red card. A foot in the face. It can happen. It was a tough game. Honestly, how we win it, I couldn’t care less! On a night like this, getting three points is really nice.”

On Diego Simeone not shaking his hand: “We don’t like that but yes the situation is clear. I want to shake his hand. His reaction for sure, like mine, was not so cool. The next time we see each other we will shake hands definitely. It’s nothing. He was obviously angry, not with me but with the game. There is nothing else.”