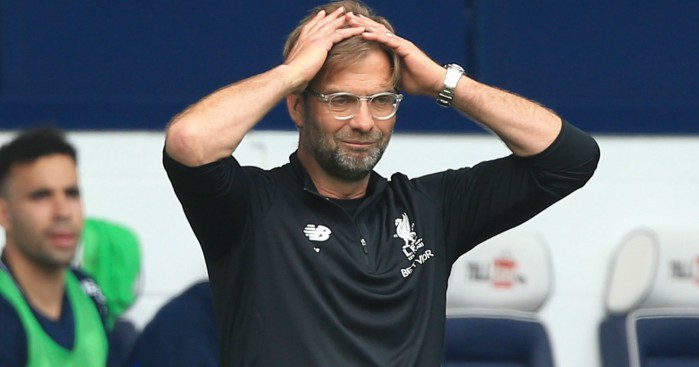 Jurgen Klopp has conceded that his comments after the draw with West Brom were “rubbish”.

Liverpool suffered a minor setback in their hopes to qualify for the Champions League with their 2-2 draw against West Brom in April.

The Reds had led 2-0 before wasting the lead, which Klopp did not take too well.

The German stated that the Hawthorns pitch was too “dry”, adding that it was a “useless point” for the Baggies, who were battling against relegation.

Speaking ahead of the club’s Champions League final on Saturday, Klopp suggested that the “pressure” has been getting to him and his players of late.

“First of all – they have had a lot of pressure in the last weeks. We wanted to win really desperately,” he said.

“Against West Brom I said all that rubbish after the game because I was really angry we didn’t win it.

“We have to handle the situation as an opportunity. Nothing else.

“You cannot go into a football game without it being possible to lose. I have experienced that but I am still alive and still a happy person. Life goes on.

“We will try in a very positive way to show the boys why it makes so much sense to be brave in the game.

“It was not easy to be brave against Manchester City or against Roma. And the boys did it.

“As long as we did that – we are always in the game.

“When we try to defend the result – we are out. We spoke a lot about different things over the year.

“I don’t think I need to call a four-hour meeting now for the final. I am in a good mood. I am looking forward to the game.