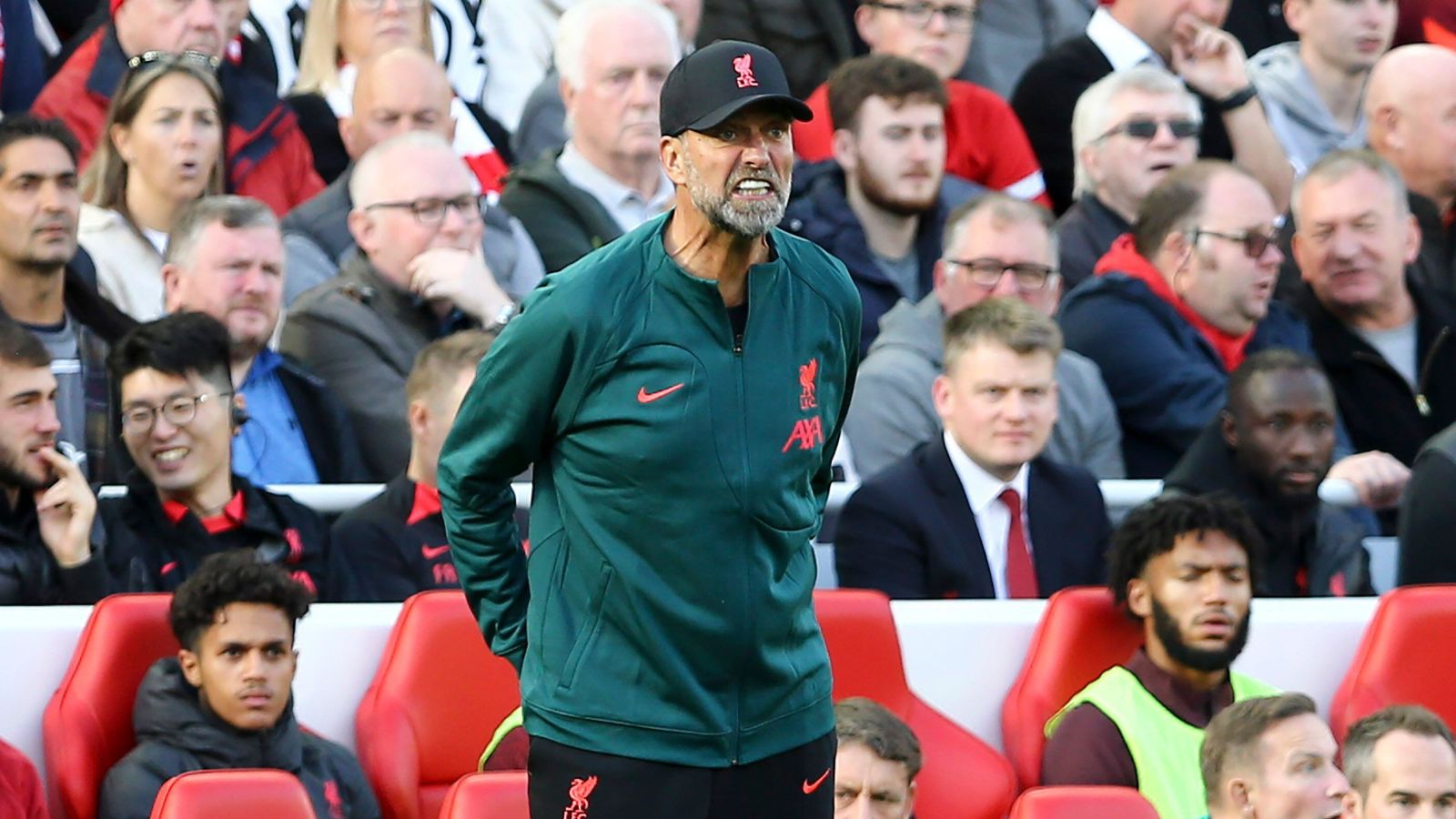 Liverpool manager Jurgen Klopp admits his side are under pressure and lacking confidence after they fought back from the brink of defeat only to then throw away victory in a topsy-turvy 3-3 draw at home to Brighton.

Leandro Trossard completed a late hat-trick – having put his side 2-0 up inside 17 minutes due to some slapdash defending – after Roberto Firmino’s double and Adam Webster’s own goal appeared to have got the hosts out of the hole they had dug for themselves.

But a fourth draw in seven Premier League outings did little for a side which is struggling to replicate their usual winning form this season and has now slipped 11 points behind Premier League pacesetters Arsenal.

Asked if the lack of confidence was a concern, Klopp said: “Concerning I am not sure is the right word but we can’t ignore the fact.

“But the Ajax game (their previous match 18 days ago in which they scored an 89th-minute winner) didn’t give us any kind of rhythm.

“That’s something you usually get from these situations. With the late goal we would have taken a lot of things into the next game, but unfortunately we didn’t play and since then that feeling is pretty much gone.

“We had confident moments today – Bobby for the second goal, you could see a lot of that – but the passing game was not good.

“We passed balls all over the place, which we can only explain by saying we were not confident in that moment, because of how the game started.

“We are under pressure, we don’t ignore that, we don’t increase it every day but it is there.”

Klopp agreed with the assessment some of Liverpool’s defending, particularly in the first half hour, was chaotic.

His side, nine of which could be considered first-choice, looked so disjointed and Brighton, despite having not played for a month and under the leadership of a new manager following Graham Potter’s departure to Chelsea, took full advantage.

“If we are 100 per cent honest, it is not the first time. It is a sign that the confidence level is now not extraordinarily high,” Klopp said.

“In our situation, if you get confidence back you want to build on it and increase it, and it was obvious that the first goal, especially, and then the second goal didn’t help in that.

“If you watch football long enough, you remember games here where we had situations years ago when we were only one goal up and it happened quite frequently that everybody was nearly having a heart attack because we were just not convincing in these moments.

“It reminded me of that a bit today. I cannot say I was 100 per cent convinced that we would not concede a goal when we were 3-2 up.

“We should defend all three goals better, no doubt about that, but in different areas, not just in the last moment.

“3-3 feels like a defeat even though it is not, and we have to fight through this.”

It was almost a dream debut for new Seagulls boss Roberto De Zerbi after Trossard bagged two in 17 minutes.

“I am very happy for the game. Very proud. We played a very good game,” he said.

“We had the possibility to score more. I know it is my first game in the Premier League but I know Anfield, I know the difficulties in this stadium.”