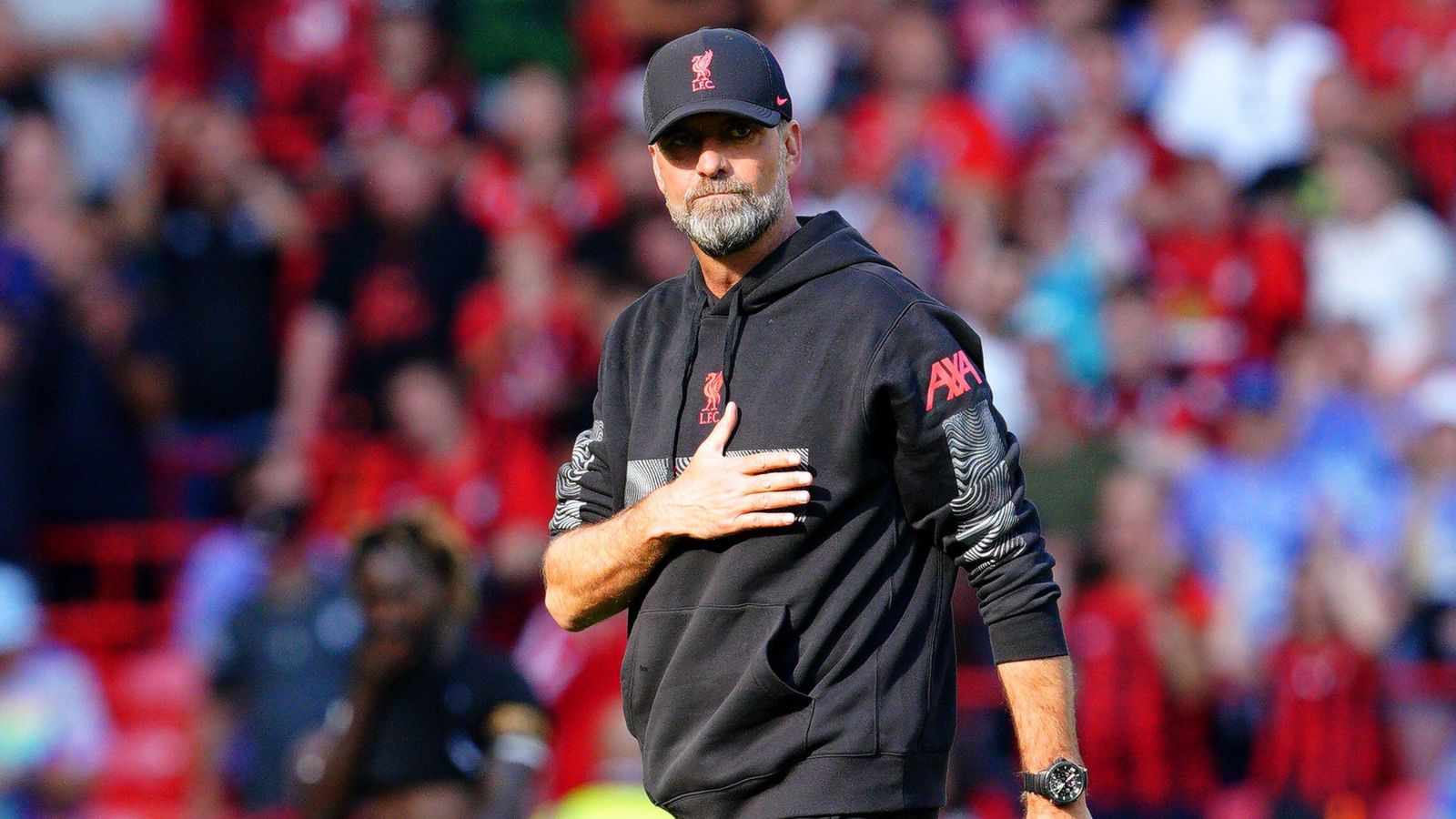 Liverpool boss Jurgen Klopp says he would take more risks in the transfer market if he had all of the say on incomings.

The Reds have brought in Darwin Nunez, Calvin Ramsay and Fabio Carvalho in the summer window with widespread reports indicating that there would be no more signings.

However, a mixed start to the season and injury troubles have caused Klopp and Liverpool to change their mind as they look to sign a midfielder before the deadline.

A number of midfielders have been linked, with rumours they could sign Frenkie de Jong or Jude Bellingham recently dismissed, while Liverpool apparently like the look of RB Leipzig’s Konrad Laimer.

Speaking in his Tuesday press conference, Klopp said: “Are we after a midfielder? Ish…closer we get to last minute…more like [they don’t]. I couldn’t [give you a name]. It’s difficult because for sure there a few who are right but there are different issues, at clubs who don’t want to sell, that’s how it is.

“There’s still time but when it’s over, whether someone signs or not, I am really happy as it’s over and we can just focus on the squad we have. Face the situations we have together. Our fans are active on social media so they can stop doing that. We have a good football team.”

Klopp added: “Signing players never makes sense if they are not the right ones, why would you do that?”

“I am not careful, we get told what is possible and what isn’t. That’s it. In this range we try to work it. There’s no criticism, we became champions in a season when we didn’t sign anyone. We have an existing team as well. All the players we have here we want to be here.

“I want to develop the club, the squad and be successful.”

Klopp continued: “Let me say it like this, from time to time, I would like to risk a bit more [in the market] but I don’t decide that. We have a great team and we will really try to squeeze everything out of this season.”

Liverpool face Newcastle United tomorrow at Anfield and Klopp is aware of the great job Howe is doing on Tyneside, he said: “If Eddie Howe gets time, I am not sure they need another transfer window. Newcastle is a great club. They have everything you need to be a top-six club, or whatever that means.”