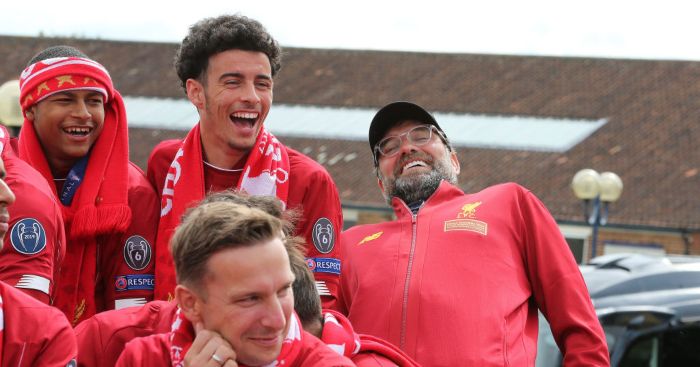 Jurgen Klopp could consider a return to Germany as the national team’s manager.

Despite winning the Champions League with Liverpool last season, it has long been suggested that Klopp plans to take a break upon the expiration of his Anfield contract in 2022.

The Sun, who obviously have no reliable source at the club, say Liverpool ‘fear’ his ‘burnout worries’ will stop him extending that deal.

Liverpool owners FSG are willing to offer a six-year contract on an improved £10m-a-season wage, but are ‘anxious’ about their success generating more interest in his services.

Klopp ‘is taking a worrying amount of time’ to decide on his future – although he is tied to Liverpool in the short term.

While all Bayern Munich can offer him is a rest, the prospect of leading Germany has always appealed to the 52-year-old.

“Jurgen himself once said that in the event that Joachim Low someday no longer wants to be the national coach and it would be possible for him do that, this is an option for him,” he told Welt.

“He felt again at the recent celebrations what a great club Liverpool is and that he is in the right place at the right time.

“Jurgen is currently not affordable. But it is difficult to measure the transfer fee in his case anyway.

“How is this going to work for a coach who has increased the club’s value from nearly £900million to just under £2.8billion? That is not how it works.”