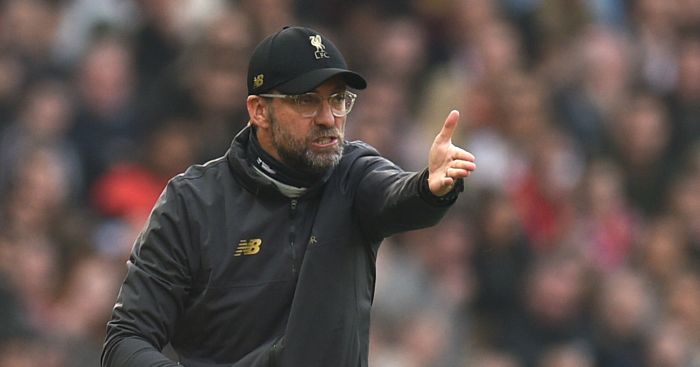 Jurgen Klopp took his anger out on Jordan Henderson and Sadio Mane in a ‘furious dressing-room rant’ after Liverpool’s 0-0 draw with Manchester United, according to reports.

The visitors failed to capitalise on United’s extraordinary string of injury setbacks but Sunday’s intense goalless draw was enough to see Liverpool return to the Premier League summit.

Four draws in five matches – albeit one the goalless Champions League encounter with Bayern Munich – has taken some of the sting out of Klopp‘s side.

They have made a stuttering return to the top of the table and currently lead Manchester City by a point, but of the five goals they have scored in four league matches three came against a subservient Bournemouth team.

And after Liverpool’s stalemate at Old Trafford, The Sun claims that Klopp ‘went ballistic’ after Henderson appeared to ignore his manager’s handshake after being substituted.

Liverpool’s lack of cutting edge in the final third was apparent as they also struggled to create chances with the report adding that Mane also came under fire from Klopp after his poor display.

Klopp told his side in the dressing room that they ‘need to learn how to cope with the pressure of a title challenge’ and that it was the type of match ‘they needed to win’.