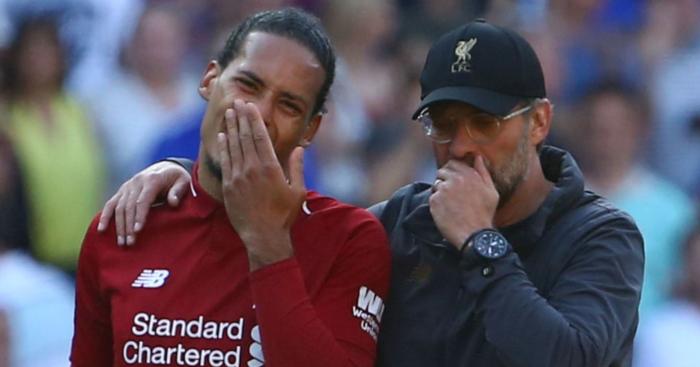 Jurgen Klopp is not expecting Manchester United to do Liverpool any favours when they take on Manchester City in the derby on Wednesday evening.

The Reds moved back to a point above City – who have a game in hand – in the Premier League title race after their 2-0 victory over Cardiff City on Sunday.

Liverpool need City to drop points before the end of the season if they are to win the league but Klopp is not convinced United – who lost 4-0 to Everton on Sunday – will be able to beat their neighbours.

“It [the derby] is not something we can influence, and it does not look like United are in a place to, either,” Klopp told Sky Sports. “What was the [United] score today? 3-0, 4-0, to Everton?”

“We had to play that game as well and Man United was in that moment obviously in a much better moment when we played them, so it was a 0-0. So, on a good day maybe, it [the derby] is a draw.

“We’ll see what comes out on Wednesday, we have no influence on that, but we still have to play games after that.

“So, if United get a point or whatever and we win [against] Huddersfield Town, go to Newcastle United after Barcelona and think we have it halfway or whatever, then we will get a knock there.

“It’s all difficult, we just have to stay focused on our things – that’s what worked really well so far and I don’t see any reason why we should change.”