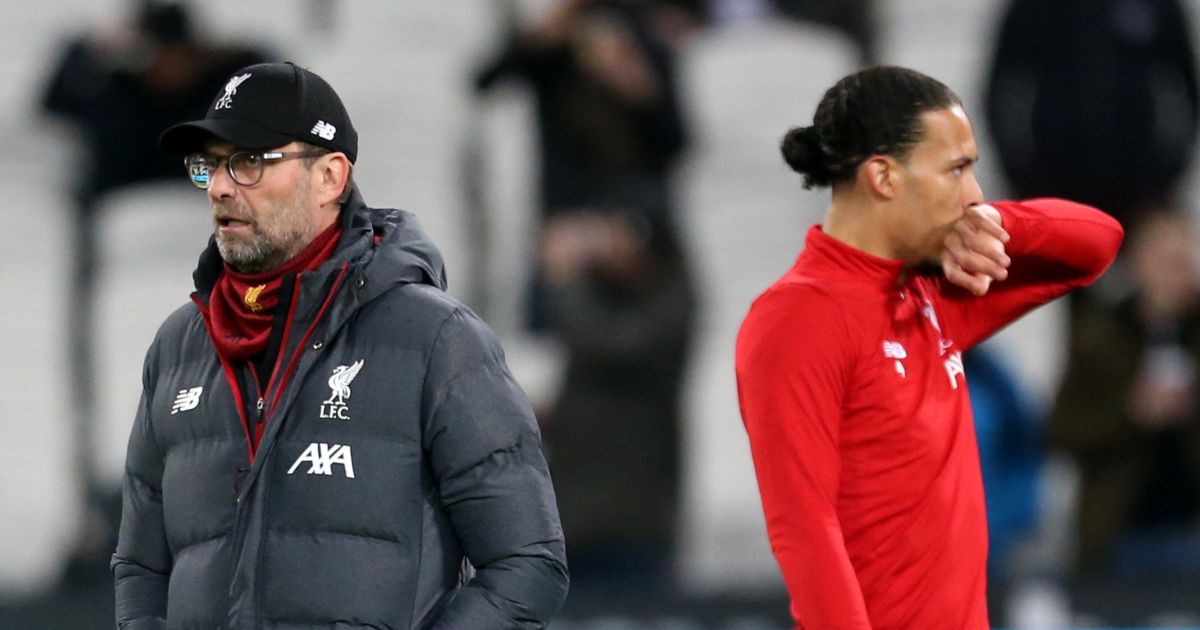 Van Dijk has not played for Liverpool since rupturing his anterior cruciate ligament in the Merseyside derby against Everton in October.

Klopp has cited that injury as the turning point in Liverpool’s season, with the centre-half unlikely to feature again before the end of the campaign.

Despite offering supporters hope with a recent update over his rehabilitation, Van Dijk is not expected back until next season.

But the Daily MirrorÂ claim that the centre-half ‘has targeted the delayed Euros for a comeback’ this summer.

That plan is said to have ‘horrified’ Klopp and his medical staff at Liverpool, who are desperate for him to ‘focus’ on completing a full pre-season in preparation for 2021/22.

Netherlands manager Frank de Boer has promised Van Dijk a place in his squad if he can prove his fitness in time, despite Klopp recently ruling out the prospect of him making the tournament.

“It is not my decision but to be honest the information I have at the moment is that it will be unlikely,” he said of both Van Dijk and Joe Gomez’s chances of playing at the Euros.

“So (it’s) not that I don’t let them go, because I don’t want to have to do that anyway, it is because of the extent of the injuries.

“We all hope they will be ready to start pre-season with us, thatâ€™s what we all hope. These are really serious injuries and it is now not about talking about which competition they play.

“I am always open for positive surprises and they all of a sudden turn up in team training â€“ but no-one told me that.

“We will be completely over the moon when they are ready to train with us for the start of pre-season but the Euros, I didn’t think about it.

“When do you have to be back to be ready to play in the Euros? The week before? The day the Euros start? I don’t know.

“I understand maybe the need of that but we cannot make this decision and we will not. They will be fit when they are fit.”