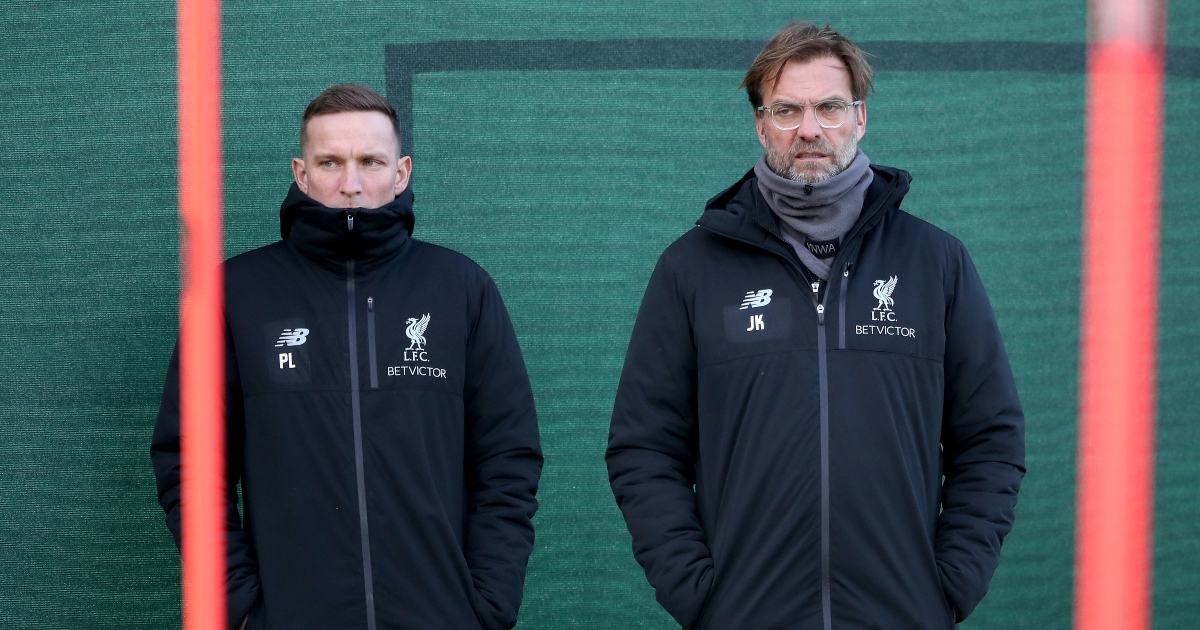 Jurgen Klopp joined Liverpool six years ago to the day and his assistant Pep Lijnders has revealed what makes him the right man for the club.

Upon the departure of Brendan Rodgers in 2015, former Borussia Dortmund manager Jurgen Klopp was announced as the new manager of Liverpool Football Club.

Since then, the German manager has lead the side to a first Premier League title, a sixth Champions League triumph as well as UEFA Super Cup and FIFA Club World Cup victories.

Klopp has built a connection with the fans and the club in his time on Merseyside, something that Lijnders was quick to reflect upon.

Speaking to the Official Club Website, Lijnders revealed: “Everyone saw what he has done with the team, with the fans and with the structure of the club. The prizes were a result of this continuity and stability. He gave Liverpool an identity again.

“He knows what he wants. That’s always the most important [thing]. He gives trust and confidence to the ones he works with. He gives everyone the feeling they are part of something bigger and everyone inside has this importance in the same common goal – if it’s players, if it’s staff.

The Dutch coach also admitted that the club has exceeded his own expectations.

“The club has so much potential; to fulfil this you need to go back to the holy trinity of the past. Manager, fans and squad with just one belief. When this happens, the football world conspires in favour of Liverpool Football
Club.

“When a club is fighting for 30 years to win the Premier League, when a club never won the FIFA Club World Cup before, when a club gets 97 points and wins the Champions League that season, it’s clear it exceeded our expectations.

When asked what he thought was possible in the three season remaining on Klopp’s contract, Lijnders likened his boss to a footballing great.

“For me, Jürgen is like what Johan [Cruyff] was for Barcelona, he is creating something that goes beyond years. Long may it continue. But years in football isn’t important for us coaches and players; it’s about the next game, the next session, the next final. It’s about today. This is a hungry LFC team, confident and knows what it wants. Jürgen leads and corrects. It’s a beautiful time to be a Liverpool supporter. Cherish it. Make it loud.”