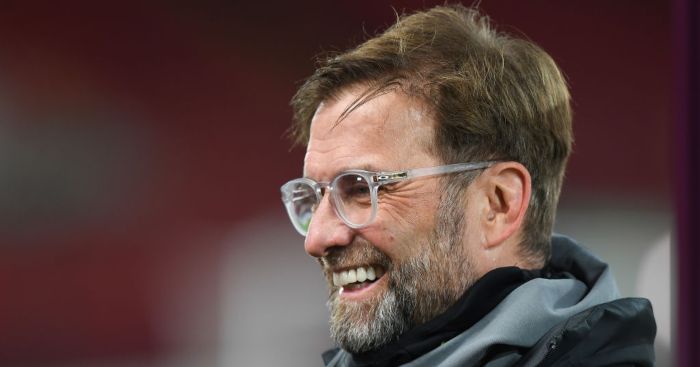 Jurgen Klopp has hailed the “outstanding” performances of Liverpool teenagers Curtis Jones and Rhys Williams after their 2-1 victory over Tottenham.

Roberto Firmino struck a late winner as the Premier League champions moved three points clear of Jose Mourinho’s side at the top of the table.

Jones has grown in stature in the early stages of this season, drawing praise from all quarters, and Klopp is well aware of the talent he has.

“Curtis is Curtis. Our boy. Thank God. Imagine you have to sign him!” Klopp said.

The Liverpool boss also lauded Williams, who has deputised admirably in the absence of Virgil van Dijk and Joe Gomez.

“Oh my god! Outstanding, outstanding. Come on, Rhys Williams you can imagine, it’s like the modern-day Alan Shearer he played against, Harry Kane.

“He is so smart, dropping in the right moments. Second half they only played long balls and actually avoided Rhys.

“They played them in the direction of Fabinho and put Harry there – so we had to really fight for these second balls – because Rhys is so strong in the air.

“But with the ball as well, he played a pass before our first goal. He has the right amount of confidence. For a 19-year-old boy you don’t have to explain to other people how it works, but you have to be confident.

“Apart from that, he just kept it simple. Super challenges, but [also] interceptions in the centre when they tried to create counter-attacks, he didn’t drop too early so he won these balls.

“Absolutely incredible game, I have to say.”