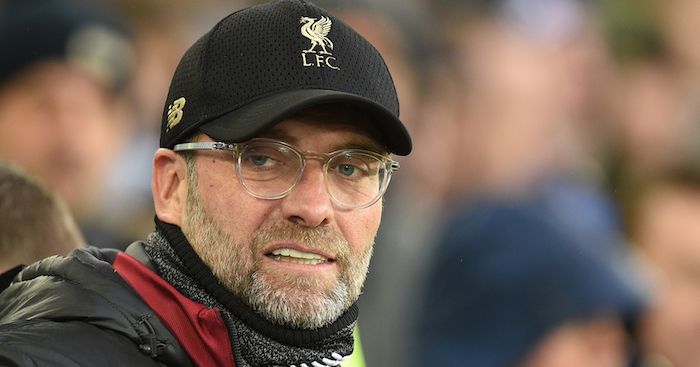 Jurgen Klopp claims that the ‘wind coming from all directions did not help anybody’ as Liverpool fired another blank in a crucial game at Everton.

Liverpool blinked first in the title race as they failed to regain top spot from Manchester City after being held to a goalless draw in the 233rd Merseyside derby at Goodison Park.

A rare off day for Mohamed Salah, who wasted the visitors’ best two chances, coincided with an Everton performance of effort and energy.

And, while the Toffees’ wait for a win in his fixture was stretched to 17 matches, Blues fans took great delight in putting a significant dent in their rivals’ hopes of ending a 29-year wait for a title.

Jurgen Klopp’s side now trail City by a point with nine matches remaining.

“It is OK, a difficult game for different reasons and a wild opponent,” he told Sky Sports.

“The wind was coming from all directions and did not help anybody. It was a game that was difficult to control and we had three or four really big chances with Mohamed Salah and Fabinho, I don’t remember them having any chances. It is 0-0 and we kept our unbeaten run against them, not exactly what we wanted but it was a difficult game.

“Salah is doing everything right up until the last second, we had our moments and we have to fight the circumstances and the opposition, the boys did that. Our derbies are over and we play all the others now. It was not a genius game but we got a point against an opponent who is double motivated.

“We have to take the situation as it is. We talk about a free-flowing Liverpool side the other day and now we have Burnley at Anfield. Only 400 yards away from here but a completely different game. We have to show stability and fight for the result.”