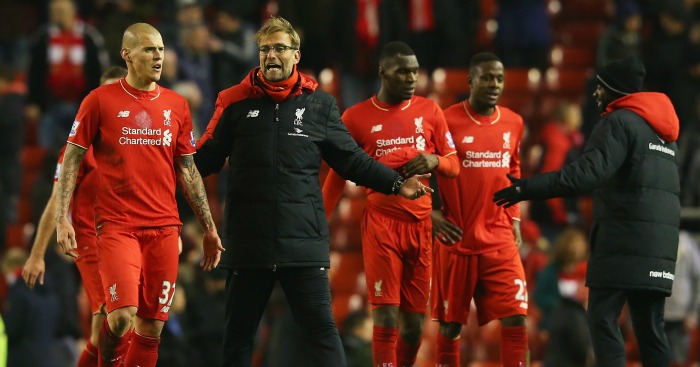 Jurgen Klopp has been branded as “a bit of an idiot” by James McClean after West Brom’s draw with Liverpool on Sunday.

At various times during the 2-2 draw with West Brom there were words exchanged between Klopp and West Brom counterpart Tony Pulis, and at the final whistle there was no handshake between the pair.

Klopp raced to celebrate Liverpool’s late equaliser with his players and then made sure they were all holding hands before bowing in front of the Kop, although he was confronted by a member of West Brom’s backroom staff, coach Mark O’Connor.

McClean played the whole match, and the 26-year-old Republic of Ireland international was unimpressed by what followed the full-time whistle.

He said of Klopp: “I’ve got respect for the man because he’s done a great job at Dortmund, but I think he’s a bit of an idiot if I’m being honest.”

Speaking to BBC West Midlands, McClean added: “In the game on Sunday … you can’t act that way. Win, lose or draw, you’ve got to be respectful.”