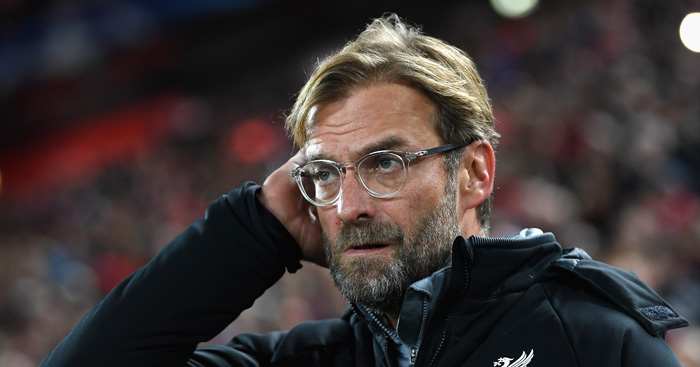 Jurgen Klopp has reiterated the importance of Liverpool’s final Premier League match against Brighton, despite the looming Champions League final.

The Reds host Chris Hughton’s side at Anfield on Sunday seeking a point to ensure a top four finish and a place in next season’s Champions League.

The meeting with the Seagulls comes 13 days before the Reds face Real Madrid in Kiev in the Champions League final and their recent form suggests minds are turning to the clash with Zinedine Zidane’s European Cup holders.

Since the 5-2 win over Roma i the semi-final first leg, Liverpool have not scored in the Premier League, drawing at home with Stoke before losing at Chelsea last week.

That defeat at Stamford Bridge has given Chelsea a sniff of fourth place and though beating Real would give Liverpool a place in next season’s Champions League, Klopp wants the job done before they switch their focus to real.

“As long as we are not 100 per cent in the Champions League, this last game is the most important of the season,” he said.

“I’ve said it a few times, all the things we’ve done so far have built a basis, we have to use the basis. The basis is obviously good because if we win against Brighton we are in the Champions League.

“That’s good but there is still a job to do. I have no problem with that. That wasn’t because of the Chelsea game, it was all the other games; Tottenham and Everton at home when we dropped points.”