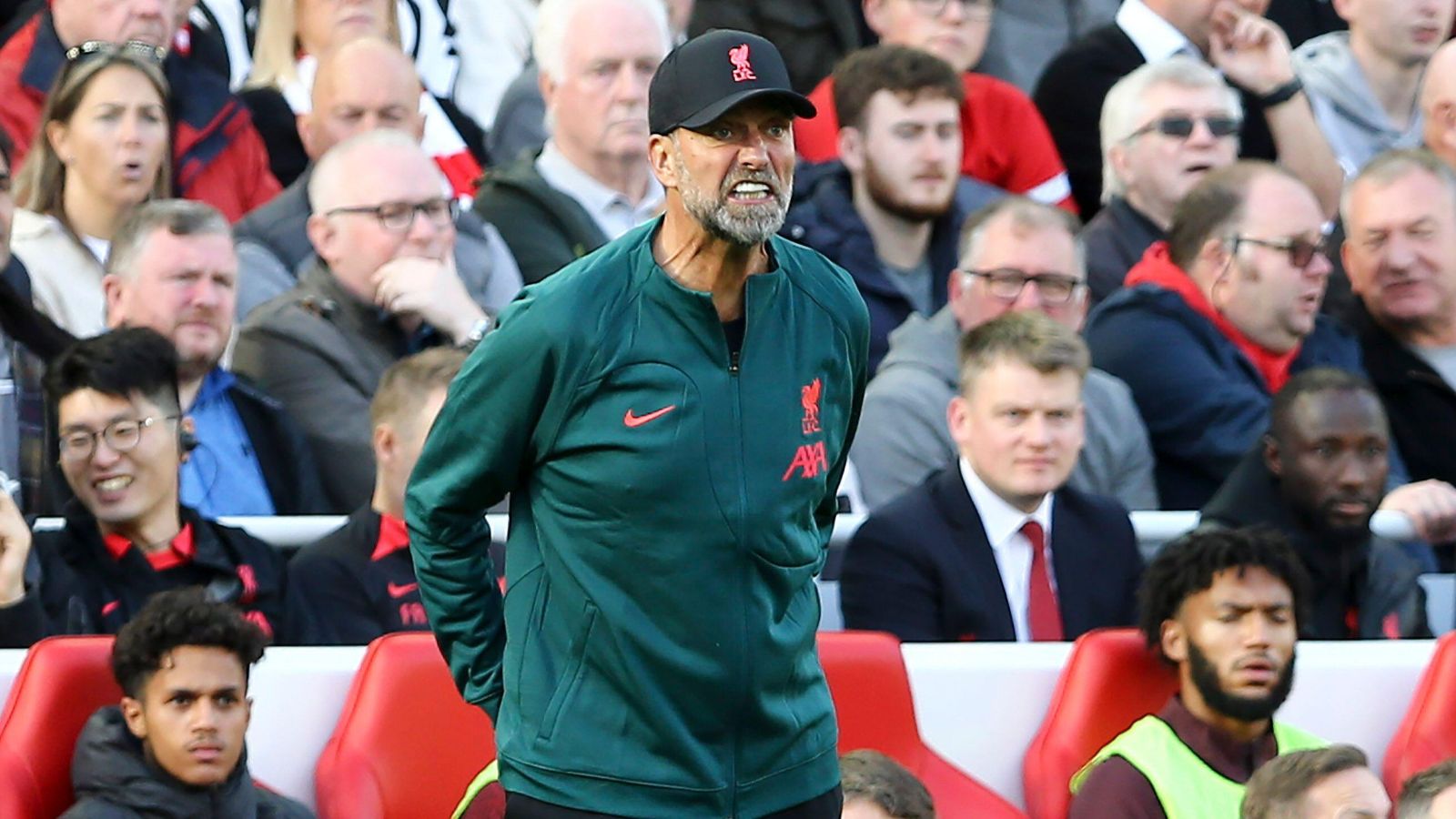 Jurgen Klopp has insisted that players like Cristiano Ronaldo are not immune from confidence issues as he seeks a solution for Liverpool’s form.

Liverpool have only won two of their opening seven games in the Premier League in 2022/23. Last time out, they battled back from 2-0 down to eventually draw 3-3 at Anfield.

Klopp is remaining patient but he is aware that Tuesday’s Champions League game against Rangers is now important after Liverpool lost their group opener.

“People can ask how could it happen that these players are not full of confidence?” said the German.

“Do you think Cristiano Ronaldo (reduced to a substitute role at Manchester United) at this moment is top of his confidence levels?

“He was for ages the best player in the world and now it is not going his way and it is not exactly the same. That happens to all of us.

“Lionel Messi played last season (his first at Paris St Germain) where it was not exactly the same because these kind of things are really important to all of us and you have to work for it.

“You have to take the little things to take a step in the right direction and be really ready for the moment when it is back and that is what we are doing.”

Klopp has pointed to the fact they have not been able to build any momentum due to interruptions in their schedule due to factors outside of their control.

They bounced back from a humiliating 4-1 defeat in Napoli to beat Ajax in their next match with an 89th-minute winner but then three weeks without a game meant the positives of that victory were lost.

Klopp experienced a similar dip in form the season before last when he lost all three first-choice centre-backs to injury and it took four months from January to May to get the side back on track to secure an unlikely top-four spot.

On that occasion there was some breathing space to accommodate the changes but the compact schedule they face means there is not time to adopt the same policy and Klopp has not ruled out a short-term fix just to get them up and running again.

“No, we don’t have the time. Yes, we can improve. We can play exactly the same and do better, that is already a fix,” he added.

“Patience is not 100 per cent the right word but we have to be patient to do the right thing again, and again and again until it works out again and then we will be fine.

“We cannot always start something completely new but if we can help the boys with a way to defend differently we will do that.

“It is the same job I had in the time when you win 10 or 12 games in a row, you have to stay on top of it and work on the details. That is what we do now, just with a different confidence level.

“Usually in a time when you win a lot of games usually not everything is going your way but there is no impact – we may have made a mistake but no-one has it in their mind. That is different in the moment.