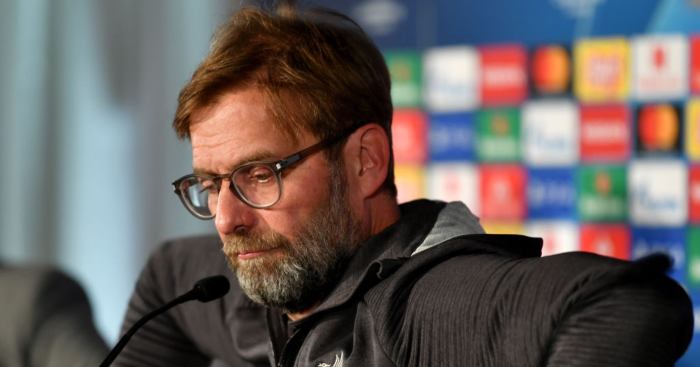 Jurgen Klopp interrupted a German translator over his translation of Jordan Henderson’s comments about Liverpool’s match against Red Bull Salzburg.

Klopp was annoyed that the translator, who was sat next to the Liverpool manager, suggested that Henderson had said that the Reds would “go easy” on the Austrian side.

When asked about previous final match deciders Liverpool have had in the Champions League, Henderson actually said “that doesn’t mean it’s going to be easy”.

Wow! Klopp was angry. He corrected the German translator as he didn’t get the question & wrongly translate. Klopp said in German “it’s just shite when a German translator translates and a German speaking coach sits right beside you…”😂 #LFC #klopp #boompic.twitter.com/l2bgfPlA1v

“It’s s*** when next to the translator sits a coach who speaks German,” Klopp said in German (via the Daily Mail).

“The question was if the Champions League title from the last year helps us because we have always delivered in situations like this.

“He [Henderson] doesn’t talk about going easy in this game. We are aware of this challenge. He is speaking about all this normal stuff.

“You should really listen. Otherwise, I can do it by myself. It’s not too difficult.”

Switching back to English, Klopp added: “I am in a competition mood already, I can tell you.”