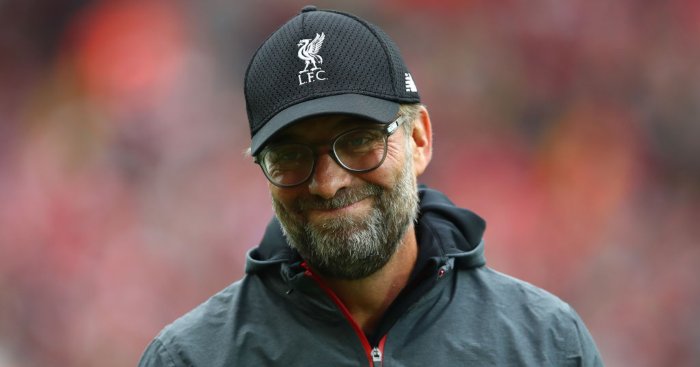 Liverpool boss Jurgen Klopp says matches like those against arch-rivals Manchester United are the “salt in the soup”.

The Reds travel to Old Trafford in the late kick-off on Sunday looking to continue their perfect start to the season.

Klopp’s men have a 15 point lead on United and are currently eight points clear of second-placed Manchester City in the Premier League table.

Klopp on dealing with outside talk: “Ignoring. This game is so easy. Not the game against United, the game you all play.

“When on Sky you make a combined line-up and it’s all Liverpool. It’s a joke.

“I am aware of the strength of the Man Utd.”

Danny Mills has selected his combined XI ahead of Liverpool’s visit to Old Trafford as the Premier League returns this weekend, live on Sky Sports.

A total of 0⃣ Manchester United players made the cut, with Mills saying some would struggle to make the bench! 😳

Despite the hectic build-up, Klopp admits he loves these types of matches, he said: “How much do I enjoy these type of occasions? A lot! It’s the salt in the soup.”