Home All The News Klopp on City bus attack: ‘It killed everything for us’ 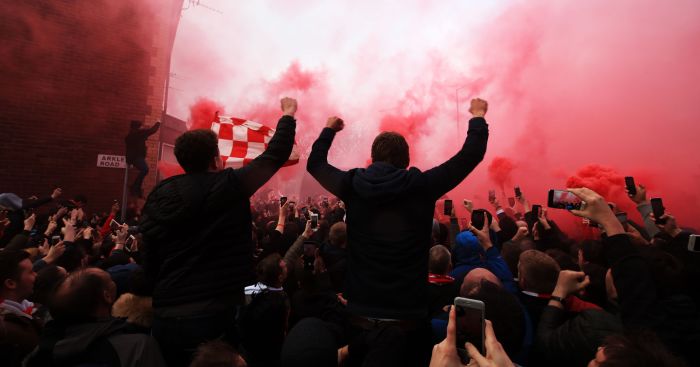 Liverpool boss Jurgen Klopp claims “a few idiots” ruined the aftermath of their 3-0 victory over Manchester City in the Champions League on Wednesday.

Significant damage was caused to City’s bus ahead of the fixture as fans threw missiles including bottles, cans and fireworks on its journey to the stadium.

The attack began close to the Arkles pub on Arkles Lane, where Liverpool fans had gathered in their thousands, and continued as the bus turned onto Anfield Road. Visibility was also poor due to red smoke from flares.

On the way home the City medical staff stopped to treat a road accident victim outside near where the incident had taken place.

City’s team bus, with players and coaching staff on board, parked close to the Arkles pub for around 25 minutes so club medics could tend to a woman who had been struck by a vehicle.

“It was a perfect example for how it should be,” Klopp said. “It was an outstanding gesture from the City medical staff.

“It leaves us even more in a situation to find it strange.

“I apologise for what happened before the game.

“It killed everything for us. You cannot be happy about that.

“You give people an opportunity to do something and a few idiots ensure it may never happen again.

“The atmosphere in the game was one of the best I have experienced but what happened before changes things.”