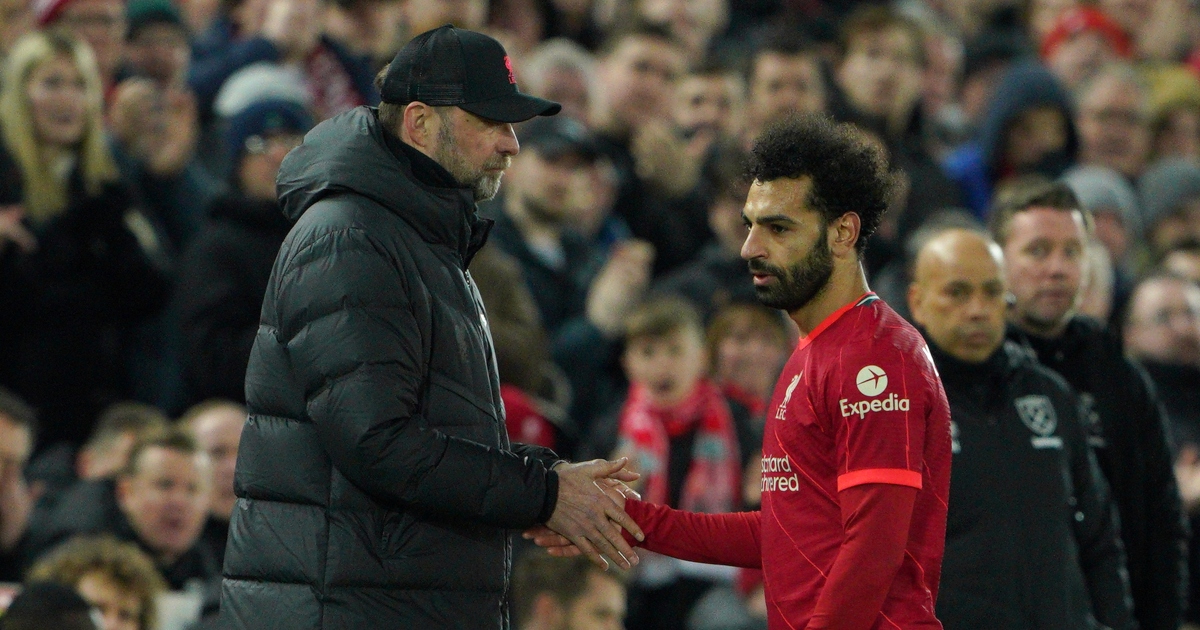 Liverpool manager Jurgen Klopp has insisted the club cannot do much more for Mohamed Salah, amid their contract discussions.

The Egyptian has been in sparking form this season but has less than 18 months remaining on his current contract and it would appear that Liverpool are unwilling to give in to his demands at present.

Now, speaking to the media on Friday, Klopp admitted that whilst they can’t do much more, he isn’t worried by the situation.

“Mo expects this club to be ambitious. We cannot do much more. It is Mo’s decision. It is all fine from my point of view. Nothing happened further, no signing or rejection. We just have to wait, there’s no rush.”

If Salah was to fail to agree a new deal, the blow would be slightly softened by the arrival of Colombian winger Luis Diaz.

Klopp admitted he was surprised by how quickly the January signing has settled at Anfield.

We’re LIVE with Jürgen Klopp ahead of #BHALIV on Saturday! 🎙 https://t.co/s7YAngZV4E

“It has been surprisingly quick. When you sign a player, you never know how quick it will go. You get what you see in training in the games. It has been brilliant so far.”

The German was also asked about the ongoing situation at Chelsea, to which he said: “It’s not a situation all the employees at Chelsea are responsible for. One man is and that’s [Vladimir] Putin.

“I don’t know about Roman Abramovich’s role in all this but you can say he is close. I think what the Government did is right.”

Liverpool face Brighton on Saturday having lost 1-0 at home to Inter on Tuesday night. The loss didn’t affect Liverpool’s qualification for the Champions League quarter-finals and Klopp admitted that his reaction to the loss was different to a normal defeat.

“We are not good losers. After a game, I have a speech in the dressing room. In this game [Inter], it was slightly different. I was in a better mood to the players.

“Reaction is important, we have to show that and I’m pretty sure we will. I didn’t like parts of the performance, especially defensively. If we don’t defend right against Brighton, we will have a problem.”