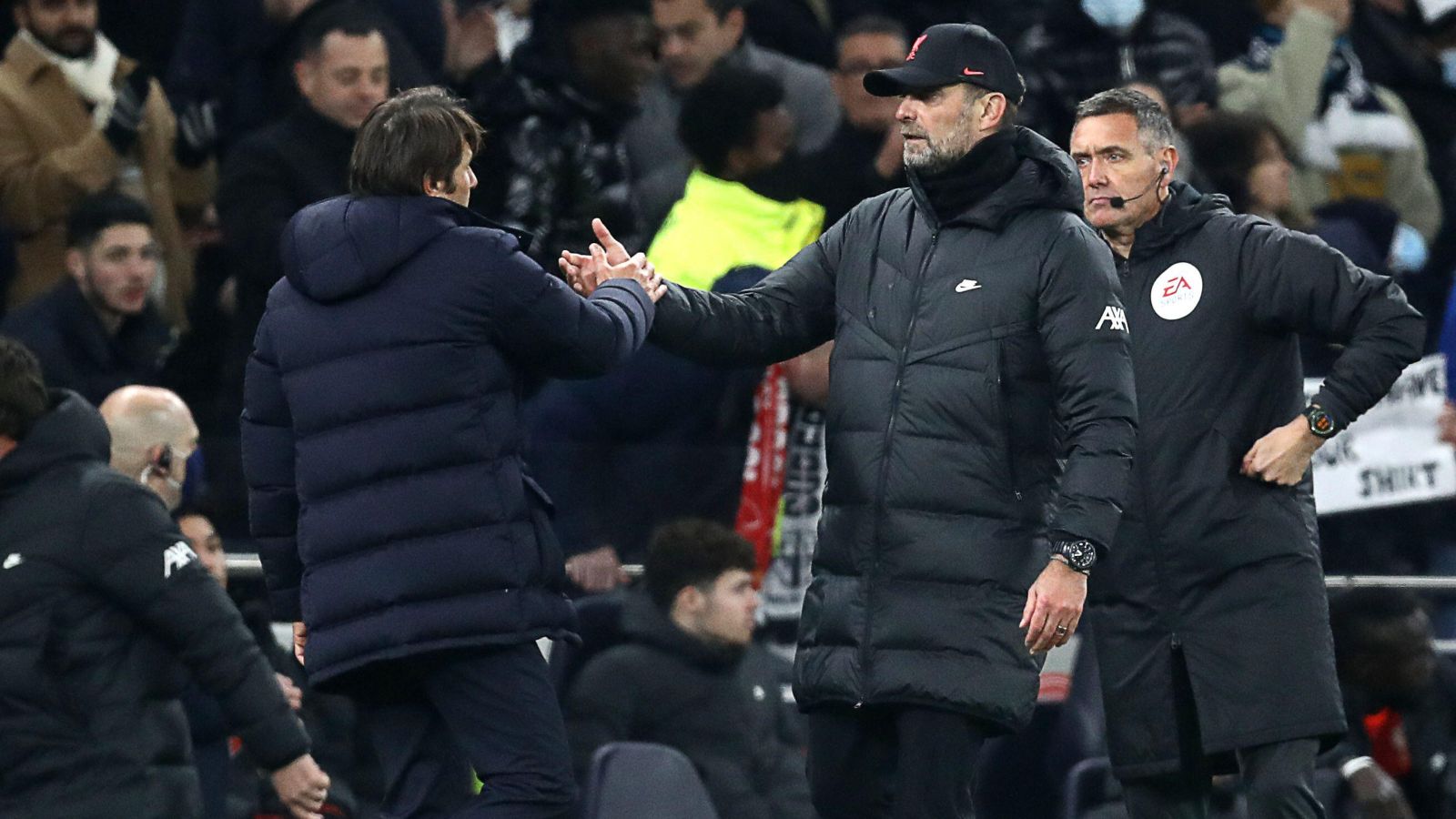 Jurgen Klopp thinks Tottenham are the “biggest challenge for protection” Liverpool have “faced in a long time” ahead of their clash on Saturday.

The Reds are currently one point behind Manchester City, who face Newcastle United on Sunday, in the race to win the Premier League title.

There are four games left for both sides and the match against Spurs has been earmarked by many as the match where Liverpool – who have a chance of winning an unprecedented Quadruple – could come unstuck.

Speaking about the challenge that faces Liverpool tomorrow, Klopp told a press conference: “Speed like crazy up front, Harry Kane, what a player, they have a blind understanding (the front men). It’s probably the biggest challenge for protection we’ve faced in a long time. We have to find a way to keep them calm as often as possible.”

Due to the amount of competitions Liverpool are still in, the Reds have found themselves playing a few times a week for a while and Klopp has joked that an extra day to prepare for Spurs is like a”week’s holiday” to his squad.

The German added: “The challenge facing at Newcastle wasn’t an easy task, between two Villarreal games. Now we have a day extra to prepare and it feels like week’s holiday to be honest.”

Watch LIVE as the boss previews Saturday’s meeting with Tottenham in the @PremierLeague 🎙#LIVTOT
https://t.co/7clQk3ZYmf

On the run-in, Klopp continued: “We don’t think about it, it’s more a feeling. In 23 days we will know everything. The feeling is good but we could still play a first half as v Villarreal – we felt brilliant before then played really bad.”

Roberto Firmino sustained a foot injury in their 3-2 FA Cup semi-final victory over Man City back in mid-April and Klopp has revealed that the Brazilian is ready to return to training.

When asked whether Firmino would be fit for the Spurs match, Klopp replied: “I don’t know, but he’s ready for training. The foot thing meant he couldn’t do a lot, but we have to make sure he has a couple of sessions. It might be possible but it might make more sense to train through the weekend.”