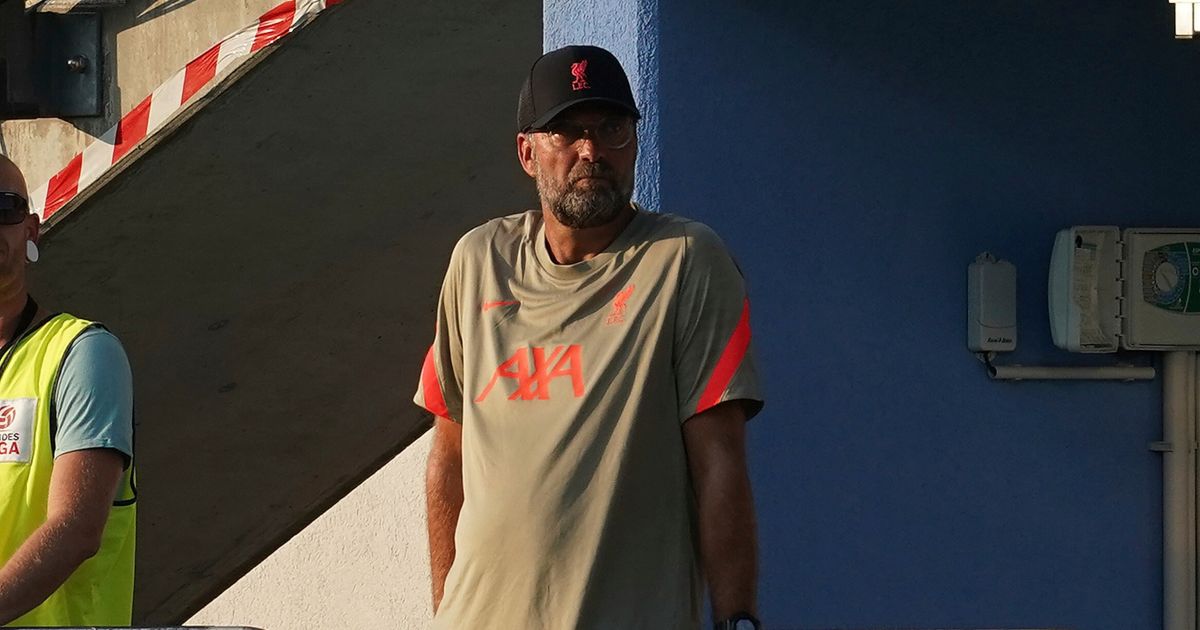 Jurgen Klopp wants Liverpool to push the boat out and sign Borussia Moenchengladbach midfielder Florian Neuhaus, according to reports.

The German midfielder impressed last season in the Bundesliga, scoring six goals and creating five for his team-mates to help Gladbach to an eighth-placed finish.

Klopp is reportedly on the lookout for a midfielder to replace Georginio Wijnaldum at Anfield after the Dutchman joined Paris Saint-Germain at the end of June on a free transfer.

Wijnaldum had been a key cog in Klopp’s midfield with Liverpool winning a Premier League and Champions League over the last three seasons.

A report in June claimed Klopp plans on playing Thiago Alcantara further forward this season but a new midfielder is still top of the club’s recruitment list.

And now German website Sport1 claim that Klopp ‘definitely wants to sign him and has clearly expressed this, also recently, in talks’.

However, they reckon that Neuhaus ‘is about to stay’ at Gladbach as ‘there is currently no place in the Liverpool squad’ for the 24-year-old.

The report points to the Reds’ wealth of options in the centre of midfield with Fabinho, Naby Keïta, Thiago Alcantara, Curtis Jones, Jordan Henderson, James Milner and Alex Oxlade-Chamberlain all available.

It is also understood that Liverpool ‘doesn’t have enough money’ to seal a deal with the Bundesliga outfit demanding €40m (£34m) for Neuhaus.

There is a chance they could raise enough funds through player sales but their outlay on Ibrahima Konate this summer has left Liverpool with little wiggle room.

The Germany international is understood to be ‘looking forward to another season’ at Gladbach after holding talks with new coach Adi Hütter.

Neuhaus knows about the interest from the Premier League club but he is totally ‘relaxed’ about the situation.