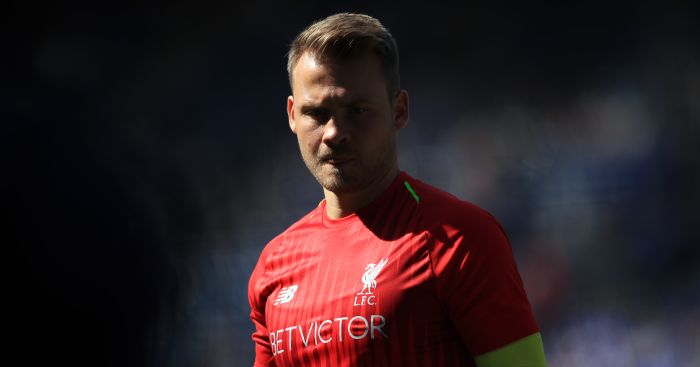 Klopp refused to give any more of his team away, although he is expected to ring the changes for the Anfield date.

Mignolet, who last month revealed his frustration after he labelled Loris Karius’ loan move bizarre, has not made an appearance this season for the Reds, although he has been on the bench for the last five Premier League games.

“The only position I will confirm is Simon Mignolet will start. All the rest will decide tomorrow. It will be a strong team,” Klopp told today’s news conference.

“He has been brilliant. Yes, it was how you can imagine it. Simon would have been ready to go to another club to be number one wherever in the world, but we couldn’t do it.

“Since then he has been brilliant. He deserves the game tomorrow.”

Klopp insisted on keeping the rest of his line-up under wraps, but he did suggest Virgil van Dijk was unlikely to play after picking up a rib injury against Southampton on Saturday.

“I won’t get any information until tomorrow about the line-up of Chelsea, so why should I give any (about mine)? You will see,” said Klopp.

“I have to make decisions. It will be a really strong side. I won’t name number of changes, it won’t be the max or min. In between. It won’t be 11.”

“Dejan looks quite good, trained completely normal four times I think. Had a very intense period before that with fitness guys. He looks ready.

“Divock has an ankle, will be back next week, not now. Adam has trained with the team, not full session. Not long. Solanke is fine,” added Klopp.