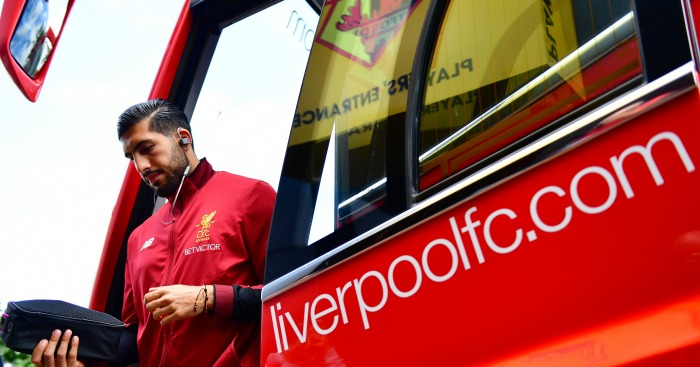 Liverpool manager Jurgen Klopp is copying the stance of Arsenal’s Arsene Wenger and will not sell Emre Can even though his contract expires next summer.

Arsenal have Mesut Ozil, Alexis Sanchez and Alex Oxlade-Chamberlain entering the final year of their contracts and Liverpool have the German midfielder.

He has attracted interest from Juventus but Klopp insists that he will not sell.

“So far there is no signing and that is the situation,” Klopp said.

“We are still in talks. Do I think it is too cool that we didn’t fix it so far? No, to be honest. But it is all okay at the moment and we have to take it like this.

“His mind is not elsewhere. It is an important contract for him at his age.

“I am 100% sure that we don’t sell the player now in this situation. Not a player from the first team line-up for sure.

“He will play here for the next year that is for sure. All the rest we have to see.

“It’s not about having to make a decision about bringing in another player in the same position, the same size, the same skills.

“Emre is on a good way. He has really improved in a lot of parts and is a really important player for us. He can play different positions.

“The situation is not perfect, I would prefer that he has already signed, but I am still positive we can find the right solution for both sides.”