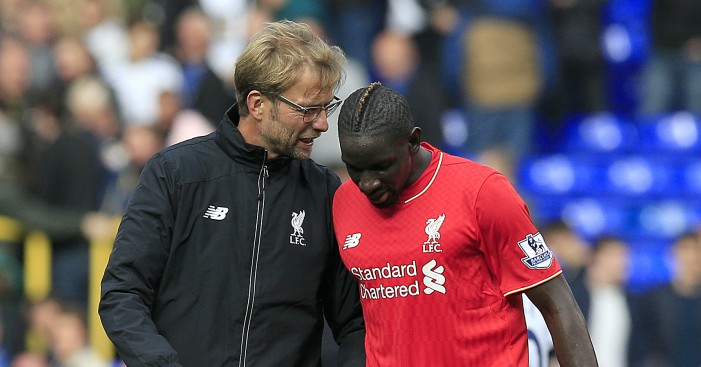 Former Liverpool defender and coach Phil Thomspon says that Jurgen Klopp should be under no pressure but he has questioned his decision to sell Mamadou Sakho.

The French defender was sold to Crystal Palace for £26m after being frozen out by the German last season.

“Liverpool’s best defender at the start of the season has been allowed to leave,” Thompson told Sky Sports.

“Sakho was our best defender. He was a warrior, a fighter and a battler and you saw it at Crystal Palace last season. He was like it at Liverpool too.

“I know there are fallings out at football clubs all the time but somewhere along the line, you can’t cut off your nose to spite your face.

“Klopp should have made up with the boy. He should’ve banned him but then brought him back into the fold.

“They lost out on Virgil van Dijk for whatever reason but when it happened they should have kept Sakho.”

But Thompson has rejected any notion that Klopp should be under pressure despite a run of four games without a win.

“There’s no debate, he should not be under pressure,”said Thompson.

“I would like to think he’s building a side now. I believe they are better now [than under Brendan Rodgers]. The defensive side of things has been Liverpool’s Achilles heel, not just through Klopp’s reign, but we had the same thing with Brendan.

“I love the way he plays,” he added. “Yes, he’s got his problems but at the moment I don’t see anyone anywhere near Jurgen Klopp, and that’s the problem. Who would Liverpool go for? Who would they bring in [to replace Klopp]?

“These people who are questioning Klopp, I’m not hearing anybody come up with a solution to it.

“There shouldn’t be any debate about his position at Liverpool.”