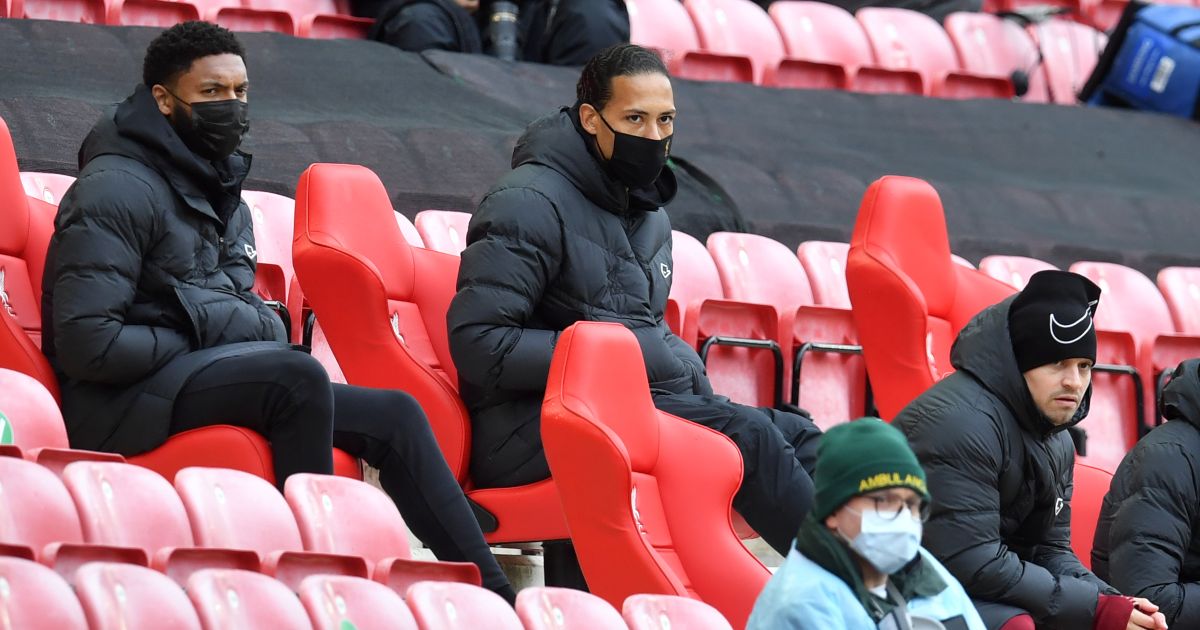 Jurgen Klopp has played down hope that Virgil van Dijk and Joe Gomez will appear in Liverpool’s next friendly as he refuses to rush the pair back from injury.

Both Van Dijk and Gomez missed most of last season through injury but are expected to be fit to return for the start of the 2021/22 Premier League campaign.

Neither of the centre-backs have appeared in a friendly match so far with Klopp leaving them out of side in a win over Mainz on Friday.

When asked whether Van Dijk or Gomez would play a part in their next friendly against German side Hertha on Thursday, Klopp told Liverpool’s official website: “Yeah, it would still be a surprise, unfortunately. But they look really good.

“Look, I think, they do everything, they play football, we keep them in training, we do the things we can do, they don’t too much and stuff like this. We just have to be patient – we prepare for a full season, not for a pre-season game.

“I will not risk it for a game here, so we have to see. We have a lot of games still coming, pre-season games, but I don’t see them being involved for the next one.”

On their 1-0 victory over Mainz that saw an Luca Kilian own goal decide the match, Klopp added: “You always consider what you did in the days before. We had a double session yesterday, we trained this morning, so it’s exactly what you need.

“That’s how training works, you have to do the intensive stuff, go through it, try to play the best football you can. It’s the pre-season. Yes, I am happy about a lot of situations I saw; I saw in the first half some really good football where we came through, we passed, we passed the ball quite quickly, quick enough against a good, organised side, a deep-defending side and this kind of stuff.

“It was far away from being perfect, but it is absolutely OK. Second half I saw the boys, the kids, fought for a result and they got it. They forced it and I am happy about that. We had to defend, of course, because they are good – and organisation-wise, it is not even close to where we have to be, but as I said, when you are tired you try to bring the best organisation possible on the pitch.

“It is never about 100 per cent, it is about the available per cent – and I think the boys did that today, so I am happy. Nobody injured, that’s important as well, everybody came through, so fine, really fine for today.”