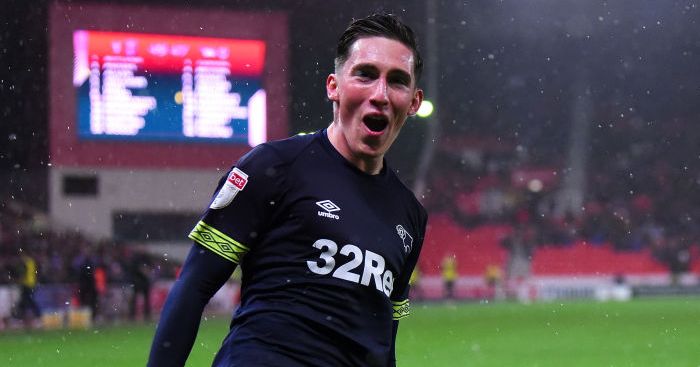 Jurgen Klopp will resist fielding offers for £25m-rated Harry Wilson as he wants to give him a ‘chance’ at Liverpool.

Wilson spent this past season on loan at Championship side Derby – Liverpool dropped a ‘clanger’ by not recalling him in January, apparently – where he impressed.

The winger scored 18 goals and assisted six in 49 games for the play-off finalists, raising his stock further after a similarly productive loan spell at Hull in the second half of the 2017/18 season.

His reward, according to the Liverpool Echo, will be ‘an opportunity to stake a claim’ in Klopp’s first-team squad, with the manager eager ‘to run the rule over the versatile attacker before making a decision on his future’.

Wilson ‘will be afforded ample time to prove himself’ over a strenuous pre-season schedule, after which Klopp will make ‘a definitive decision’ on his future.

Liverpool are therefore ‘yet to place an actual price tag’ on the 22-year-old, but ‘Liverpool feel they can fetch at least £25m’ for a player linked with Bournemouth and wanted by Leeds. That fee is instructed by the £22m Norwich received from Leicester for James Maddison last summer, the player having only featured as high as the Championship at that point.

The Echo say Liverpool ‘have fielded several inquiries’ over his ‘availability’, but ‘won’t budge below that valuation’ if Klopp decides to cash in.