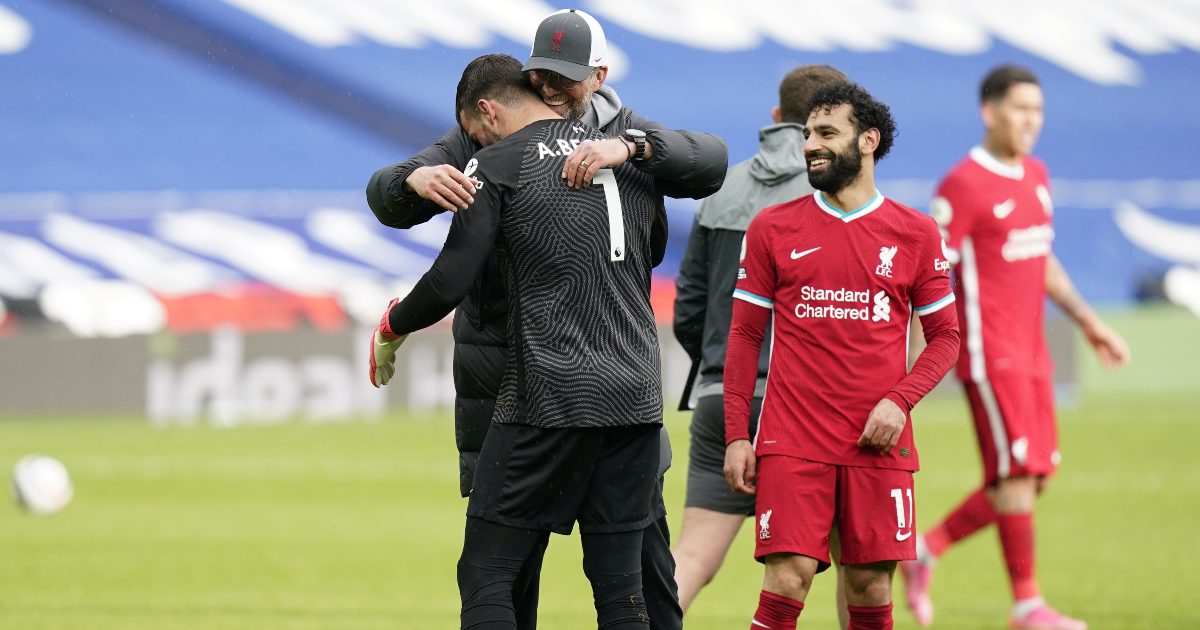 Jurgen Klopp admitted that he was not sure what he was seeing when Alisson headed in a last gasp winner for Liverpool against West Brom.

Sam Allardyce’s side took a surprise lead in the 15th minute. Matheus Pereira put it on a plate for Hal Robson-Kanu, who was making his first Premier League appearance of the season.

The Welshman advanced into the penalty area and he did well as he curled his effort into the bottom corner past Alisson.

Mo Salah netted an equaliser just past the half-hour mark. West Brom failed to clear as the ball eventually fell for the forward on the edge of the area. He struck it sweetly as he found the bottom corner.

Roberto Firmino hit the post for Liverpool before the break as it remained 1-1.

West Brom looked to have retaken the lead in the second half as Kyle Bartley diverted the ball into the net. But the goal was disallowed as Semi Ajayi was stood in front of Alisson in an offside position in the build-up.

There was some remarkable late drama as Alisson headed in a last-minute winner for Liverpool. They are now one point behind fourth-placed Chelsea with two games to go.

As cited by BBC Sport, Klopp told Sky Sports after the game that he has not “seen anything” like Alisson’s late winner before:

“That game is our season in a nutshell,” Klopp said. “A lot of good stuff, we got hammered for the first mistake and then had to work like crazy.

“But nobody got over the top, we had shots from Thiago and Gini and kept playing football and its really difficult against these sides, how they defend, how they set up, and in the end, we needed Alisson to sort it!

“It’s an unbelievable header, I’ve never seen anything like that, good technique. I wasn’t sure what I was seeing.”

On the top four: “We are still in the race. It’s all we can do and Wednesday will still be the same fight.

“West Brom gave all they had, proper professionalism. It made life difficult for us, but we did it and all good.”

On Alisson: “We are really close and know exactly what it means to him, it’s outstanding, really touching. It’s only football but it means the world to us. And now let’s keep going. We have to a look at who can and can’t go again and make sure we are ready for Burnley.

“Our last week of the season looks quite exciting.”